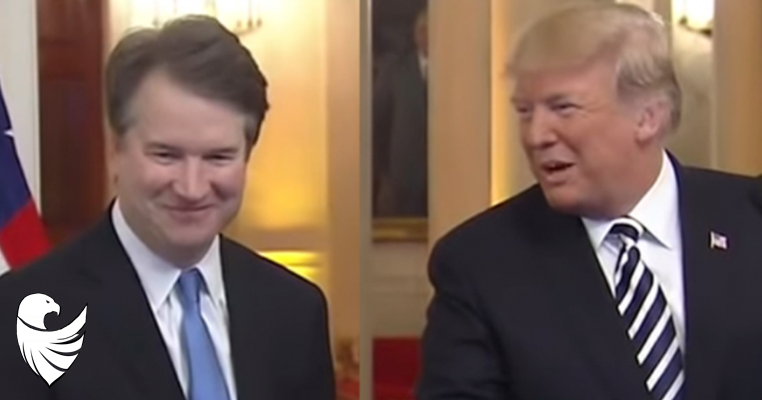 By a narrow 5-4 vote, the Supreme Court has handed President Trump a massive victory in allowing him to use $2.5 billion in military funds to build the promised wall along the U.S.-Mexico Border.

71.7K people are talking about this
This story is developing.

Per Yahoo, the U.S. Supreme Court on Friday handed President Donald Trump a victory by letting his administration redirect $2.5 billion in money approved by Congress for the Pentagon to help build his promised wall along the U.S.-Mexico border even though lawmakers refused to provide funding.

The conservative-majority court on a 5-4 vote with the court’s liberals in dissent blocked in full a ruling by a federal judge in California barring the Republican president from spending the money on the basis that Congress did not specifically authorize the funds to be spent on the wall project fiercely opposed by Democrats and Mexico’s government.

“The government has made a sufficient showing at this stage that the plaintiffs have no cause of action to obtain review,” the Court’s order reads.

President Trump declared a national emergency at the southern border on Feb. 15 after Congress refused to appropriate sufficient funds for border barriers. Pursuant to that proclamation, administration officials announced plans to reprogram $600 million from the Treasury Department’s forfeiture fund; $2.5 billion from Defense Department counter-narcotics activities; and $3.6 billion from military construction projects to finance construction of the wall.

The $2.5 billion for counter-drug efforts were at issue in Friday’s case. That sum was slated to finance fencing in Arizona, California, and New Mexico. Government lawyers said those projects are priorities for the Department of Homeland Security, as they are meant to deter narcotic trafficking in major drug smuggling corridors. The administration moved the funds pursuant to a transfer statute that allows such reallocations to address “unforeseen needs,” provided they have not been “denied by the Congress.”

A plaintiffs coalition of environmentalists led by the Sierra Club sued the administration to stop the reassignment. The plaintiffs said they have “recreational and aesthetic interests” in habitats near the border, like “hiking, birdwatching, [and] photography.” The American Civil Liberties Union (ACLU) represents the plaintiffs.

In court papers, the administration said the green groups do not have standing to bring a lawsuit, arguing the transfer statute does not protect their “recreational and aesthetic interests.”

U.S. District Judge Haywood Gilliam sided with the plaintiffs in June and barred the government from reprogramming the contested funds. A three-judge panel of the 9th U.S. Circuit Court of Appeals affirmed on a 2-1 vote July 3, noting Congress furnished just $1.375 billion for border barriers, instead of the $5.7 billion the president requested. By the court’s reading, that meant the wall projects funded by the $2.5 billion had been “denied by the Congress.”

“As for the public interest, we conclude that it is best served by respecting the Constitution’s assignment of the power of the purse to Congress, and by deferring to Congress’s understanding of the public interest as reflected in its repeated denial of more funding for border barrier construction,” Judge Michelle Friedland wrote.