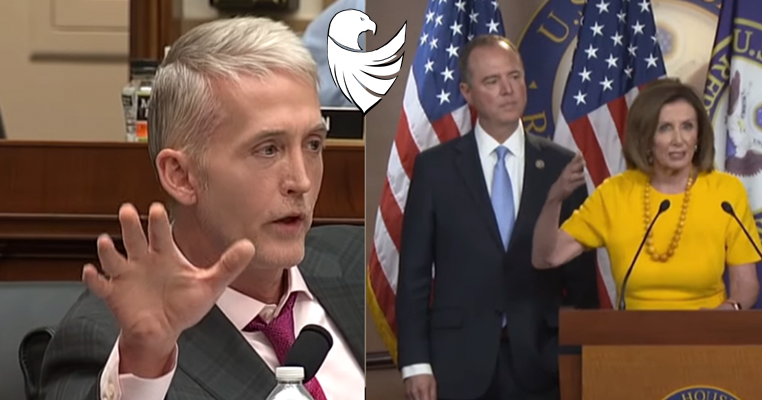 According to a breaking report from AP, Trey Gowdy has been tapped to join the Trump legal team in defense of the Democrats impeachment inquiry.

Former Republican Rep. Trey Gowdy has been tapped to serve as outside counsel to President Donald Trump as the House impeachment inquiry expands.

That’s according to an administration official who spoke on condition of anonymity to discuss internal legal matters.

Gowdy is a former South Carolina congressman who did not seek reelection last year to the seat he had held for eight years.

Gowdy was the chairman of the House oversight committee. He led the congressional investigation of former presidential candidate Hilary Clinton and the terrorist attacks in Benghazi, Libya.

Per Bloomberg, Gowdy, a former prosecutor from South Carolina, is not formally joining the White House staff, according to the people. He was at the White House on Tuesday, according to one person who saw him there, before an eight-page letter was issued to House Speaker Nancy Pelosi declaring that Trump and the administration wouldn’t participate in the impeachment inquiry.

Gowdy rose to prominence leading a special House panel investigating the attacks on an American diplomatic post in Benghazi, Libya, while Hillary Clinton was secretary of State. The committee’s more than two-year-long investigation concluded in June 2016, in the thick of the presidential campaign, without substantiating any criminal behavior or misconduct by Obama administration officials. The probe was derided by Democrats as a political stunt intended to damage Clinton’s presidential campaign.

As a member of the House Intelligence Committee, Gowdy also helped manage the panel’s investigation into Russian attempts to influence the 2016 election.

In 2012, during another investigation by the Republican-led House, the Obama administration invoked executive privilege for documents and over subpoenas.

Gowdy, according to a Voice of America article, responded that “the notion that you can withhold information and documents from Congress no matter whether you are the party in power or not in power is wrong. Respect for the rule of law must mean something, irrespective of the vicissitudes of political cycles.”

Early last year, Gowdy announced that he would not seek re-election to his South Carolina House seat. “Whatever skills I may have are better utilized in a courtroom than in Congress, and I enjoy our justice system more than our political system,” he said at the time.