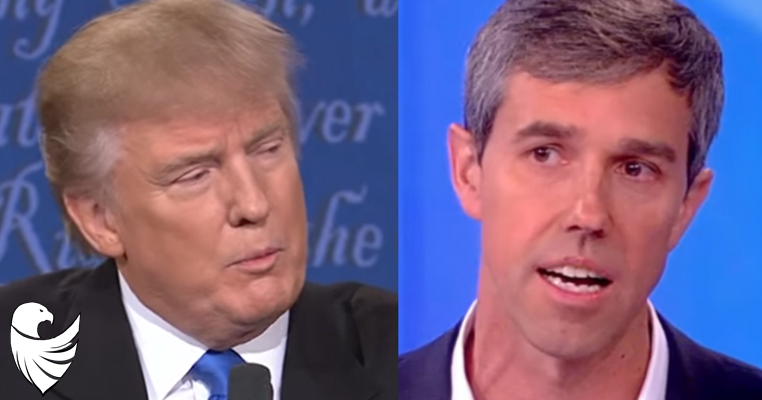 Monday, 2020 Democrat candidate Beto O’Rourke warned President Trump that “he has no place” in El Paso.

Trump appears to be ignoring Beto’s warning to stay away and will be visiting Wednesday.

El Paso, Texas, Mayor Dee Margo told reporters on Monday that President Trump will visit the city on Wednesday, even as several prominent Democrats indirectly blamed the president for Saturday’s mass shooting there — with some warning him, in frank terms, to stay away.

“He is president of the United States,” Margo, a Republican, told reporters. “So in that capacity, I will fulfill my obligations as mayor of El Paso, and hope that if we are expressing specifics that we can get him to come through for us.”

The mayor said he anticipated “political spin” and was “already getting the emails and the phone calls” from individuals “with lots of time on their hands,” but that his focus remains on his community, not politics. He added that Trump had called and was “very gracious” and offered any support necessary.

“We’re dealing with a tragedy of 22 people who have perished by the hateful, evil act of a white supremacist,” Margo said. “I don’t know how we deal with evil. I don’t have a textbook for dealing with it other than the Bible.

“I’m sorry. We are going to go through this,” he continued. “The president is coming out. I will meet with the president. I guess for people who have lots of time on their hands, I will deal with the emails and phone calls.”

The White House has not confirmed Trump’s schedule, or whether he will also visit Dayton, Ohio — where a gunman who reportedly supported the violent left-wing group Antifa, as well as Bernie Sanders and Elizabeth Warren, killed nine people over the weekend. But the Federal Aviation Administration has advised pilots of a presidential visit Wednesday to both El Paso and Dayton