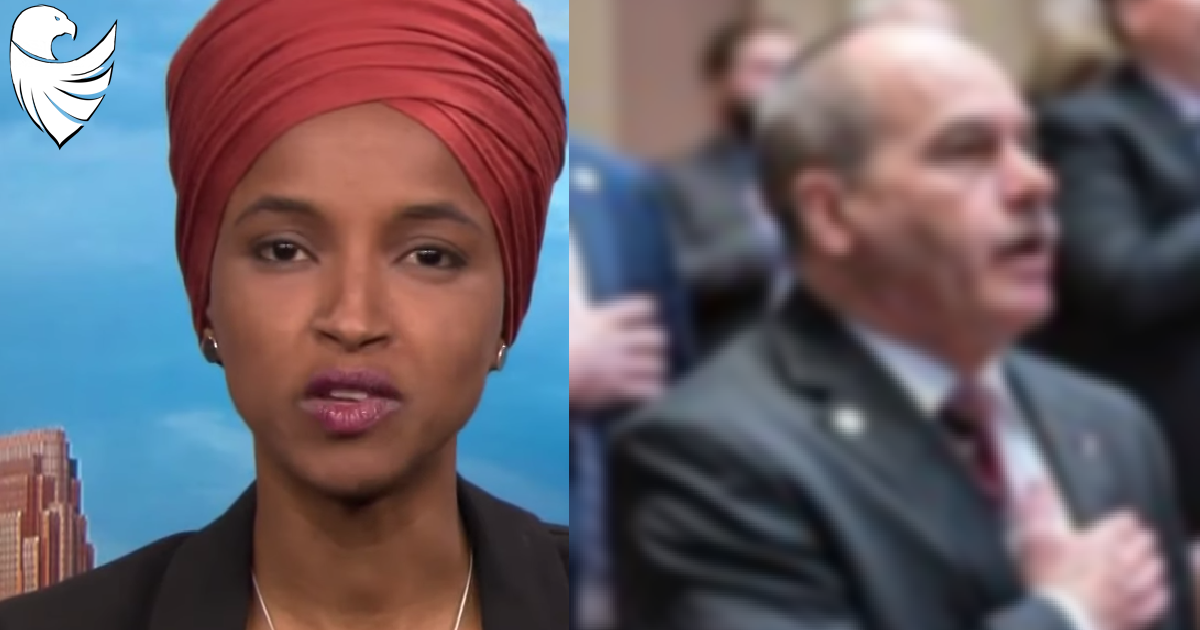 A city in the Minnesota district represented by Rep. Ilhan Omar has voted to eliminate the Pledge of Allegiance in meetings.

CBS Local reported that David Gohman has made his home in St. Louis Park for nearly 30 years. The American flags that adorn his garden aren’t just decorations.
“It represents a lot to this country. Freedom,” Gohman said.

He lives on Flag Avenue and holds traditions like the Pledge of Allegiance close to his heart.

“I think it should be said every time, whether it is in school or meetings or whatever,” he said. “We owe it to the country.”

Some council members in his city don’t feel the same way. Five members voted during the June 17 meeting to drop the pledge from their meetings.
“In order to create a more welcoming environment to a diverse community, we are going to forgo saying the Pledge of Allegiance before every meeting,” said Council Member Tim Brausen.

A city located in Rep. Ilhan Omar’s (D-MN) 5th Congressional District voted this month to eliminate saying the Pledge of Allegiance during city council meetings because it doesn’t want to offend people.

CBS Minnesota reports that members of the St. Louis Park City Council voted unanimously in a 5 to 0 vote to ditch saying the Pledge of Allegiance “in order to create a more welcoming environment to a diverse community.”

City Council member Anne Mavity sponsored the change, saying that the Pledge of Allegiance did not reflect the city’s values, according to KARE 11.

“Not everyone who does business with the city or has a conversation is a citizen,” Mavity said. “They certainly don’t need to come into city council chambers and pledge their allegiance to our country in order to tell us what their input is about a sidewalk in front of their home.”

City Council member Tim Brausen said: “I hope it’s not too controversial. Our community tends to be a very welcoming and increasingly diverse community, and we believe our citizens will understand.”

The move sparked instant criticism from Minnesota Senate Republicans who tweeted: “SHOCKING: Democrats on the St. Louis Park, MN City Council voted unanimously to eliminate the pledge of allegiance at their meetings.” 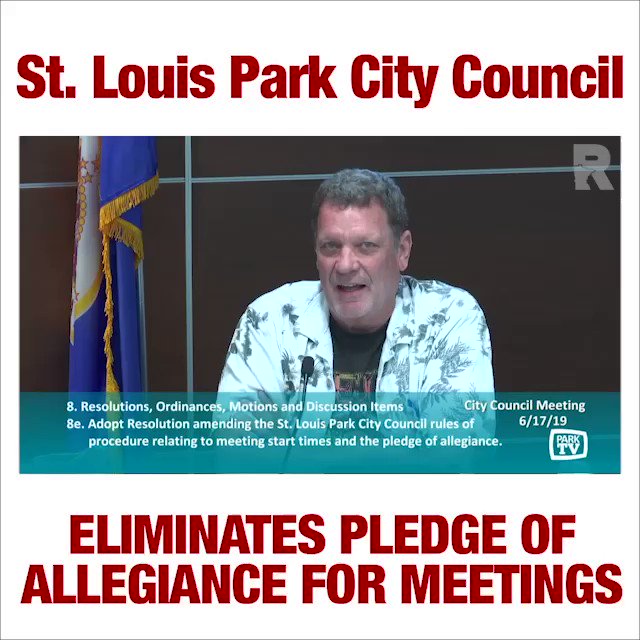 SHOCKING: Democrats on the St. Louis Park, MN City Council voted unanimously to eliminate the pledge of allegiance at their meetings.

Conservative talk show host Joe Pagliarulo tweeted: “Anti-American much? St Louis Park should no longer be allowed to claim it’s in the United States of America.”

St. Louis Park will no longer say the Pledge of Allegiance at City Council meetings because of concerns that it intimidates the city’s diverse population. http://strib.mn/2XtL9nm

80 people are talking about this

Residents in the area told CBS Minnesota that the Pledge of Allegiance should not be removed from the meetings.

“I think it should be said every time, whether it is in school or meetings or whatever,” David Gohman told CBS Minnesota. “We owe it to the country.”

Earlier this year, Fox News reported that, according to FBI statistics, Omar’s district is the terrorist recruitment capitol of the United States.

Fox News reported that “more men and boys from a Somali American community in Minneapolis have — or attempted to join — a foreign terrorist organization over the last 12 years than any other jurisdiction in the country.”