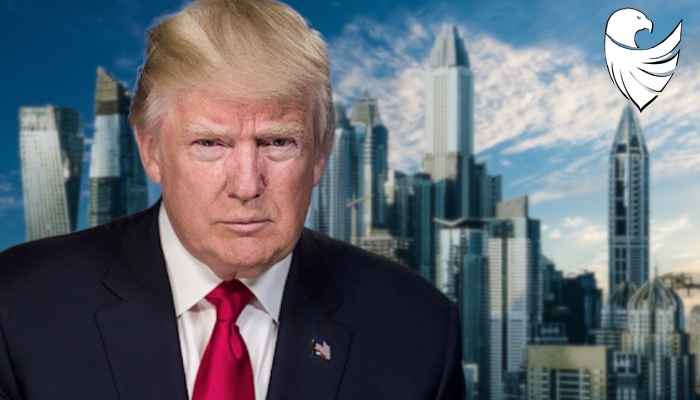 Anyone who thinks President Trump’s victory is inevitable in 2020 is not paying attention. The entire weight of America’s profiteering elites is arrayed against him.

But what if he wins anyway? What if enough voters realize they’re being conned by the Democrats? What if enough voters decide they don’t want to feel like unwanted usurpers in their own nation? What if men and women of all ethnicities realize that despite the unrelenting avalanche of lies coming from the Left, America is a welcoming and inclusive nation and that the only way a society can stay healthy is by rewarding personal initiative?

What if a critical mass of independent voters were to conclude that, despite his pugnacity, President Trump cares about all Americans, and actually holds moderate, compassionate, common-sense positions? If these things happen, and they very well might, not only will President Trump get reelected, but control of the House of Representatives will return once again to the GOP. And if these sentiments sweep across the land, then politicians of both parties will realize it is time to stop fighting and get back to serving the American people.

The first thing to understand is that Trump’s policies have a coherence that is denied by the Left and not sufficiently acknowledged by the Right. They rest on the premise that if America prioritizes its own economic and social welfare, doing so not only benefits the American people, but it makes America more capable of influencing events around the world.

In the process of prioritizing America’s interests, Trump’s policies demolish two pieties currently deployed by the Left to sabotage virtually everything that might advance those interests. Those are identity politics and climate change alarmism. In both cases, Trump has reopened vigorous debate as to the legitimacy of these pieties. Identity politics, at the core, has a corrosive impact on character, by providing excuses for personal failure. Climate alarm, at its core, hands the instruments of progress and wealth creation over to a clerisy of self-serving profiteers and misguided fanatics.

So how might we envision the next few decades in an America shaped by the vision and courage pioneered in this century by Donald Trump?

When Trump took office for another four years, presiding over a Republican-controlled Congress, sweeping, transformative legislation was passed, often with significant support from Democrats.

Amazingly, the power of the Left withered away as prosperity swept across the nation. Grateful Americans embraced patriotic themes again, and recent immigrants of all backgrounds enthusiastically assimilated into the American mainstream.

Conservative, patriotic spokespersons for various identity groups—especially African Americans and Mexican Americans—stepped forward in growing numbers to extol the virtues of individual freedom and personal responsibility. Even environmentalists became realistic again in their priorities and hearkening back to their illustrious roots, refocused on the universal and compelling goals of clean water, clean air, sustainable deep-sea fishing, practical forest management, fighting poachers, and getting plastic out of the ocean.

Ending the culture war got decisive help from the U.S. Supreme Court, which tilted firmly to the right with the retirement of Justice Ruth Bader Ginsberg. With five or six reliably conservative justices in place, issues where the Left had used the court to encroach on traditional American values either were overturned or, wisely, abandoned by leftist litigants. And in a sweeping ruling in 2023, the court outlawed any preferences in hiring, promotion, college admissions, or government contracting—ensuring Americans of all ethnicities would have equal opportunities.

In 2024, Mike Pence was elected president, continuing the policies of his predecessor. Those who remained on America’s recalcitrant Left were pleasantly surprised. This kind, exemplary man not only was an effective, moderate conservative in the policies he championed but showed himself to be an ecumenical, compassionate ambassador for Christianity. Some of America’s most polarizing social issues subsided, as the values of forgiveness, charity, and love once again dominated American culture.

The Long Boom Extended Around the World

With the long arm of American influence no longer discouraging the development of cheap and clean fossil fuel, economic development surged across emerging nations in Africa, Latin America, and the Middle East. International charter cities were established that became magnets for investment, education, and economic growth, and spreading from these cities, prosperity reached into every corner of these developing nations.

The most dramatic benefit was to women in these nations, who no longer had to spend their days foraging for fuel and pumping water. Rates of literacy soared at the same time as birth rates fell without coercion. By the early 2030s, fulfilling the most optimistic scenarios, global population peaked at only 8.2 billion.

Toward a 21st-Century Pax Americana

While the policy of principled realism and selective involvement of America’s military required difficult choices, the benefits were readily apparent. America’s surging economy, its pool of scientists recruited from around the world who were motivated by freedom, and its reduced need to spend budget dollars on overseas deployments translated into a torrent of research and innovation in strategic military technology.

Not even China could match the United States in any of the new domains of military competition: cyber, cyborg, electronics, artificial intelligence, energy weapons, avionics, nanotech, advanced space technologies, and defenses against pathogens, genetic weapons, and chemical weapons.

As the United States contained despotic, aspiring superpowers—China in particular—the nations of the world fitfully emulated America’s example. While America’s success and America’s culture was irresistible to most people around the world, tribalism and religious fanaticism did not disappear overnight. But America’s example emboldened moderates everywhere, most particularly in the reformations, often led by women, that swept the Islamic world in the late 2020s and 2030s.

This glowing scenario is the vision embodied in President Trump’s policies. While bigger than any one individual, President Trump was the first American politician with the courage to fight for such a vision. It rests on a recognition that America is indeed exceptional, but cannot effectively set an example for the world unless it first secures its own national interests.

Equally significant, it recognizes both identity politics and climate alarmism as dangerous hoaxes, promulgated by fraudsters and promoted by fanatics. One can hope Trump’s supporters will assert not only their allegiance to him as a political leader, and not only challenge the premises that Trump has dared to challenge. Here’s hoping, too, they will evangelize to all the skeptics and undecideds the wonderful future that could be had if the policies pursuant to patriotism, energy freedom, and individual initiative are given full expression.