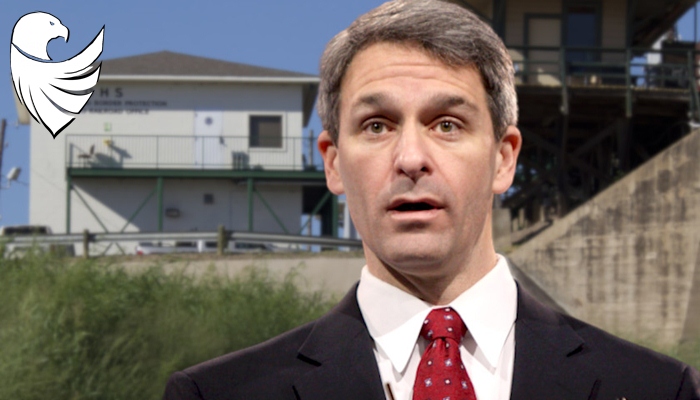 A group of prominent conservative leaders has signed on to a letter strongly endorsing Ken Cuccinelli to be the next leader of the Department of Homeland Security.

“As acting head of the U.S. Citizenship and Immigration Services (USCIS), Cuccinelli has proven himself exceptionally capable of executing the president’s agenda on complex and sensitive issues,” read a statement released Monday by the Conservative Partnership Institute, an organization that specializes in developing Republican politicians and staffers.

“Rather than backing away from a media that is at times overtly hostile to the president’s enforcement of the law, Cuccinelli has consistently been an unwavering, articulate, and extremely knowledgeable advocate of the policies his agency has put forward,” the statement continued. “We have no doubt that he will execute the president’s agenda with the integrity, commitment, and excellence that we have known him to bring to every other position. He has our strongest support.”

Under the letter included more than 100 names of political activists, operatives, former lawmakers, CEOs, and other big names in the conservative sphere. Their strong adulation for Cuccinelli comes as President Donald Trump will soon name a new person to lead the Department of Homeland Security.

Kevin McAleenan, the current acting secretary of Homeland Security, announced on Friday that he will step down from his position — his resignation came six months after he was tapped to lead the department. Trump said he will pick someone this week, and the jockeying over who it will be has already begun.

Acting Customs and Border Protection Mark Morgan, former Immigration and Customs Enforcement (ICE) director Tom Homan, and former Kansas Secretary of State Kris Kobach have all been discussed as likely contenders. None of them, however, appear to have earned as much grassroots support from the conservative base as Cuccinelli. The former attorney general of Virginia was tapped by the administration to lead United States Citizenship and Immigration Services (USCIS) in June, and has quickly become the face of Trump’s immigration agenda.

This is not the first time conservative activists have urged the White House to tap Cuccinelli to lead DHS. After Kirstjen Nielsen resigned from the position earlier this year, a number of them published a similar letter in April, calling on the president to nominate him for the position. That letter included some of the same names that were in Monday’s letter, such as former GOP South Carolina Sen. Jim DeMint and Jenny Beth Martin of Tea Party Patriots.

However, not all Republicans are fans of Cuccinelli.

Senate Majority Leader Mitch McConnell — arguing that Cuccinelli is responsible for losing several winnable Senate seats in the past during his time leading the Senate Conservatives Fund — is not likely to vote in favor of Cuccinelli’s confirmation were he to be nominated. GOP opposition to Cuccinelli would make it virtually impossible for him to lead DHS in an official capacity.