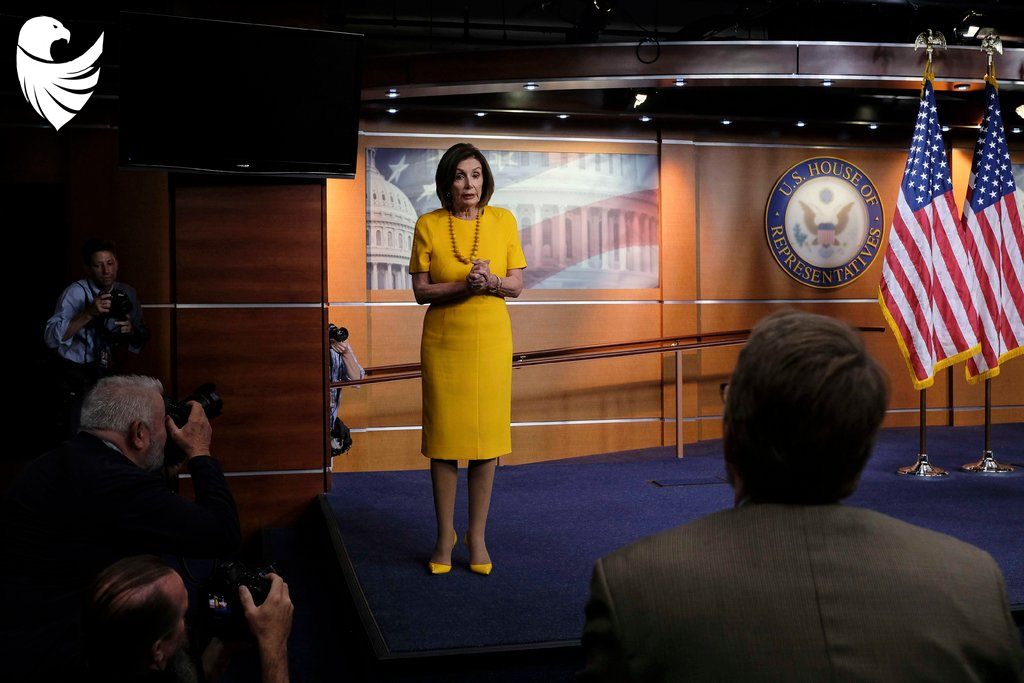 WASHINGTON — Congress is trying to rush $4.5 billion in emergency humanitarian aid to the southwestern border while placing new restrictions on President Trump’s immigration crackdown, spurred on by disturbing images of suffering migrant families and of children living in squalor in overcrowded detention facilities.

But with a House vote on the package planned for Tuesday, some Democrats are revolting over the measure, fearing that the aid will be used to carry out Mr. Trump’s aggressive tactics, including deportation raids that he has promised will begin within two weeks. Republicans are siding with the White House, which on Monday threatened a veto. They oppose restrictions in the measure that are meant to dictate better standards for facilities that hold migrant children and to bar the money from being used for enforcing immigration law.

Those twin challenges have left the fate of the bill up in the air, even as evidence of deplorable conditions at the border underscores both the urgent need for the money and the bitter rift over Mr. Trump’s policies.

Officials confirmed Monday that hundreds of migrant children had been transferred

out of a Border Patrol station in Clint, Tex., where they did not have soap, toothbrushes, clean clothes or enough food. The move followed detailed reports about the dismal conditions that there were no diapers for toddlers and that children as young as 8 were caring for infants.

A spotlight on the people reshaping our politics. A conversation with voters across the country. And a guiding hand through the endless news cycle, telling you what you really need to know.

ADVERTISEMENT
Those reports led to a backlash from elected officials and a rise in donations to immigrant advocacy groups aimed at sending supplies to the shelter. Officials said only 30 children remain in the Clint station, which was intended as a temporary holding center. Children are supposed to be transferred out after 72 hours, but many had been held there for weeks.

Speaker Nancy Pelosi huddled privately into the evening with concerned Democrats on Monday to try to keep the bill on track, with little time to spare.

[Read about the differences in the House and Senate bills.]

“Democrats distrust this president because we have seen his cruel immigration policies and lawless behavior terrorize our constituents,” Representative Nita M. Lowey of New York, the chairwoman of the House Appropriations Committee, said on Monday evening as she pleaded with fellow Democrats to support the package. “That is why we have language to stop transfers of money for immigration raids and detention beds. But we cannot allow our anger at this president to blind us to the horrific conditions at facilities along the border as the agencies run out of money.”

The aid package poses a difficult dilemma for Democrats, who are torn between their desire to champion humanitarian help for migrants and their concern that any money they approve will be used by the Trump administration to advance what they consider to be a fundamentally inhumane set of policies. They are also loath to be seen as the ones holding up soap, diapers and food for babies, keenly aware that Mr. Trump and his team are eager to blame Democrats for the dire conditions.

“The administration chooses to direct the vast majority of funding toward enforcement, and then cries poverty when it comes to diapers and food,” said Heidi Altman, the policy director at the liberal National Immigrant Justice Center. “It’s a hostage-taking way of engaging in policy.” 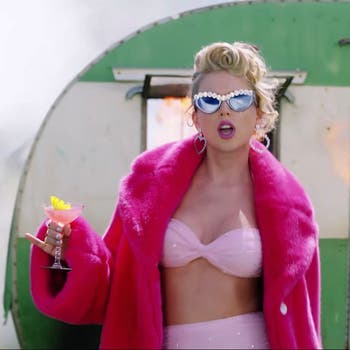 For Taylor Swift, Is Ego Stronger Than Pride? 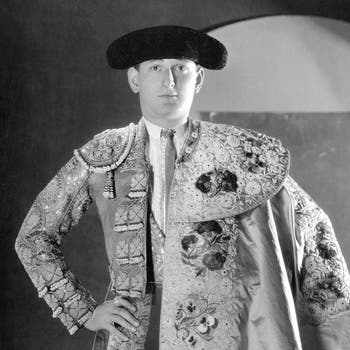 The Gay Jewish Matador From Brooklyn

Hispanic-American lawmakers are particularly split; some are arguing that it is crucial to get the aid to agencies and outside groups assisting migrants at the border, while others say they will not be complicit in sending any money to the very departments that have carried out Mr. Trump’s harsh initiatives against immigrants.

“I will not fund another dime to allow ICE to continue its manipulative tactics,” Representative Alexandria Ocasio-Cortez, Democrat of New York, said on Monday evening on her way into the meeting in Ms. Pelosi’s Capitol office.

A Border Patrol station in Clint, Tex., where hundreds of children were held for weeks without access to soap, clean clothes or adequate food.CreditCedar Attanasio/Associated Press 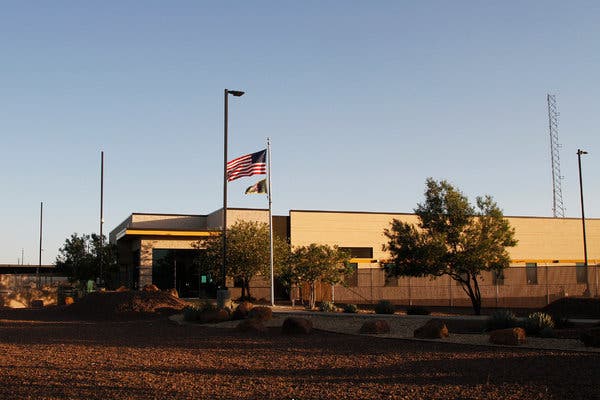 The gathering stretched on for more than an hour as lawmakers aired their differences and complaints about the package. “It’s intense,” Representative Tony Cárdenas, Democrat of California, said as he emerged from the session, saying he was leaning toward supporting the aid. “No yelling, no screaming, but it’s intense.”

Several members of the Congressional Hispanic Caucus and the Congressional Progressive Caucus are pushing to attach stricter conditions to the money, including higher humanitarian standards for facilities that hold migrant children.

But given the urgent nature of the situation facing migrants, some lawmakers, particularly those from districts on the border, said there was no time to hold out for such additions.

“Are there things I would like to change? Absolutely,” said Representative Veronica Escobar, Democrat of Texas, whose El Paso district abuts the border. “But we have a real crisis.”

She said Democrats were trying to advance “a bill that reflects more of our values,” but added: “We’re running out of time. We all saw what happened in Clint — there’s no time.”

Concern about the funding bill swelled over the weekend, after Mr. Trump tweeted on Sunday that he was suspending the raids for two weeks to provide time for a bipartisan compromise on changing asylum laws and closing immigration “loopholes.” His abrupt reversal came after Ms. Pelosi telephoned Mr. Trump to ask for a delay.

Ms. Pelosi praised the postponement, and in a strongly worded statement later on Sunday she called for passage of the emergency aid package, saying that it protects families and “does not fund the administration’s failed mass detention policy.” It would also do nothing to change asylum laws to meet Mr. Trump’s demands.

“As members of Congress and as Americans, we have a sacred moral responsibility to protect the human rights and the lives of vulnerable children and families,” she said. “To do anything less would be an outrageous and unacceptable violation of our oath and our morality.”

But even as the speaker was pressing to advance the bill, dozens of House Democrats were in revolt over it. In separate conference calls on Sunday, more than 30 members of the Progressive Caucus and more than 15 members of the Hispanic Caucus aired their concerns, many of them arguing that the legislation did not set high enough standards for migrant shelters or do enough to block money from going toward enforcement.

“We all want to address the problems at the border, but we don’t know that there are enough sticks in this bill to make sure that the Trump administration actually spends the money the way they’re supposed to,” said Representative Pramila Jayapal, Democrat of Washington and the co-chairwoman of the Progressive Caucus. “He’s creating these crises and then trying to point a finger at Democrats to give him more money, which he then uses for his own purposes.”

Ms. Jayapal said there was no reason to believe that the Trump administration would abide by any restrictions included in the legislation or standards dictated by the measure, given its “lawless” behavior when it came to immigrants.

The conflict in the House stands in contrast to the Senate, where Republicans and Democrats on a key committee came together last week to approve a $4.6 billion border aid package that contained some limitations to bar the administration from using the resources for enforcement. It would, for instance, prohibit the Office of Refugee Resettlement, the division of the Department of Health and Human Services that houses unaccompanied migrant children, from sharing information with immigration officials about people who take custody of the children.

Representative Pramila Jayapal said there was no reason to believe that the Trump administration would abide by any restrictions included in the legislation or standards dictated by it.CreditErin Schaff/The New York Times 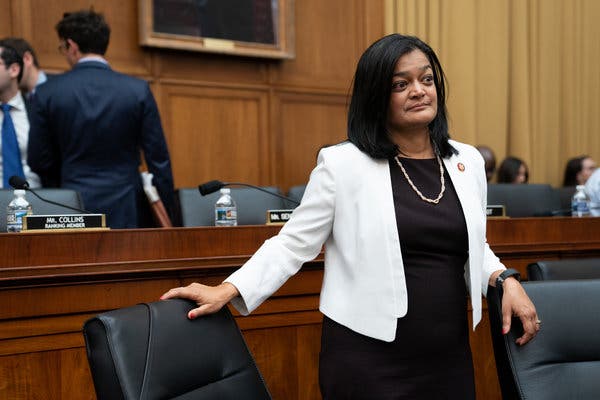 The House bill goes further than the Senate legislation in placing restrictions on the money. Facilities that house unaccompanied children would have a slightly shorter time frame — 12 months instead of 14 months — to meet existing legal standards for healthy, sanitary and humane conditions; they would have to allow oversight visits from members of Congress without warning; and the Department of Health and Human Services would have to report a child’s death in its custody to Congress within 24 hours.

Representative Chuck Fleischmann of Tennessee, the senior Republican on the panel overseeing the bill, said he opposed the measure as written by House Democrats. “You will see just about every Republican in the House vote against the Democratic supplemental bill,” Mr. Fleischmann said, citing the added restrictions and the lack of funding for back pay for Immigration and Customs Enforcement.

And even if they are able to muscle it through, he added, doing so sets up a negotiation to resolve differences with the Senate that will only delay the aid. “The enemy right now is time,” said Mr. Fleischmann, who supports the Senate bill.

“It is agreeable to the White House,” he said, “so we have two-thirds of the puzzle complete there.”

The White House on Monday issued a statement threatening that Mr. Trump would veto the House measure because it “does not provide adequate funding to meet the current crisis” and “contains partisan provisions designed to hamstring the administration’s border enforcement efforts.”

Ms. Pelosi has told colleagues that while she understands their concerns about the aid measure, its demise in the House would essentially cede the issue to the Senate and its weaker bill, according to people familiar with the conversations who described them on the condition of anonymity.

But many Democrats are pressing for more. They want to give the administration less time to comply with existing standards for facilities that house children, and to include higher health, nutritional, hygiene and sanitation standards for Customs and Border Protection facilities.

They would ban for-profit companies from running migrant shelters and would scrap funding for the United States Marshals that is specifically geared toward referring people who entered or re-entered the country illegally for criminal prosecution. And they want stronger prohibitions against sharing the immigration records of people who come forward to take custody of unaccompanied migrant children.

The measure has also exposed a rift among immigrant advocacy groups, with some of the most liberal organizations actively calling on lawmakers to oppose it and others privately saying the aid, however imperfect, is desperately needed.

The grass-roots group Indivisible began a social media campaign to urge members of Congress to vote against the legislation as a way of starving “Trump’s deportation machine,” in a tweet with the hashtag #notonedollar.

The language echoes that of several liberal Democrats who announced on Friday that they were opposed to the funding bill, saying they could not “in good conscience” back legislation that sent money to Customs and Border Protection and Immigration and Customs Enforcement to “support a fundamentally cruel and broken immigration system.”

“These radicalized, criminal agencies are destroying families and killing innocent children,” said a statement by four freshman representatives, Ms. Ocasio-Cortez, Ilhan Omar of Minnesota, Ayanna Pressley of Massachusetts and Rashida Tlaib of Michigan. “It is absolutely unconscionable to even consider giving one more dollar to support this president’s deportation force that openly commits human rights abuses and refuses to be held accountable to the American people.”