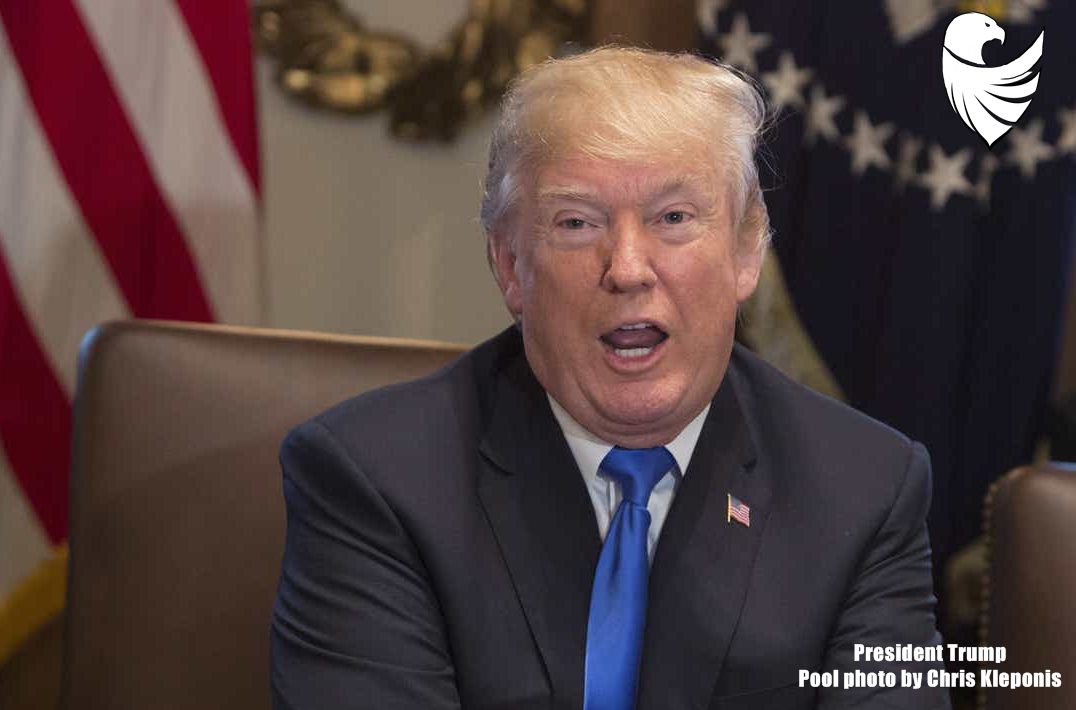 Sanders asked the question for a good reason. The good news of Trump’s presidency hasn’t received much attention.

According to the Media Research Center, coverage of Trump on the ABC, CBS and NBC evening newscasts in September, October and November was more than 90% negative.

Granted, the president is partially at fault for the lack of positive coverage. At times, he has stepped all over his message. Plus, attacking news reports as “fake news” is not the way to win friends and influence the press.

Trump supporters cry foul, but just like a coach who throws a chair or blasts the media in a news conference, the outburst tends to get more attention than it does wins.

Trumpsters aren’t the only ones who’ve noticed how the media treat Trump.

Surprisingly, 93-year-old former president Jimmy Carter said, “I think the media have been harder on Trump than any other president certainly that I’ve known about.”

Speaking with New York Times columnist Maureen Dowd, Carter continued, “I think they feel free to claim that Trump is mentally deranged and everything else without hesitation.”

But is the White House press secretary right? Are Trump’s wins underreported?

On Dec. 16, Ross Douthat, writing in The Times, called the ISIS defeat “a case where the media is not adequately reporting an important success because it does not fit into the narrative of Trumpian disaster in which our journalistic entities are all invested.”

Besides defeating ISIS, what are Trump’s wins this year?

Tax cuts: Congress has passed a tax overhaul, but just the anticipation of tax reform, which will cut the corporate rate to 21%, has excited business owners and fueled stock market records.

Economic growth: The gross domestic product has grown by more than 3% for two quarters in a row.

Stock market: The Dow has set record highs 70 times this year, rising 5,000 points in a year for the first time in history.

More: After Weinstein, consider the Pence rule to protect your heart and marriage

POLICING THE USA: A look at race, justice, media

Judicial appointments: Trump has staffed the judiciary with constitutionalists such as Supreme Court Justice Neil Gorsuch.

Unemployment: Granted, Trump inherited low unemployment numbers from President Obama, but the number of people collecting unemployment benefits has continued to fall to a near 44-year low.

Trade: Trump worked out a trade deal with China, Vietnam and South Korea.

Israel: The United States’ relationship with Israel has been much improved since the last administration.

Immigration: In August, illegal border crossing apprehensions were down 41% on the Southern border compared with August 2016.

U.S. energy: The Keystone XL and Dakota Access pipelines are under construction. Jobs to be created: 42,000.

Climate change: Trump announced in June that he plans to withdraw from the Paris climate change agreement, citing that it would undermine our economy.

Schools: Trump is giving the green light to school choice programs across the country.

Obamacare fail: Congress failed to repeal and replace the Affordable Care Act, but if the tax reform bill is passed, Obamacare’s individual mandate will be repealed.

Of course, the left credits Obama for ISIS’ defeat and the booming economy. And earlier this month, Obama congratulated himself for economic growth and job creation in a speech at a conference of mayors in Chicago, saying, “Thanks, Obama.”

Actually, Obama deserves some credit. His policies created a slow economic recovery, which forced businesses to get lean. Since taking office, President Trump has removed the regulatory weight and the economy is soaring again.

Look, Trump’s combative style reminds me of a certain three-time national champion basketball coach from  Indiana. But like that coach, Trump has more wins than losses.