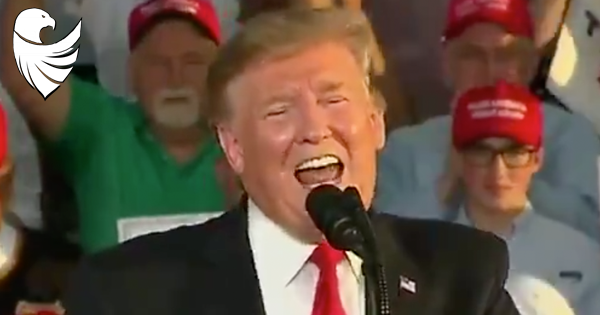 The results of a new focus group of swing state voters asked how they feel about Trump’s handling of the migration crisis has yielded interesting results, with voters implying that they stand with the president.

Though the group contained several admitted liberals who voted for Democrats in 2016, as well as former Democrats who supported Trump during the last election, who generally indicated that Trump’s ideas regarding the flow of illegal immigrants is correct.

According to the group, immigration remains one of the most prominent issues for US voters heading into the upcoming election, and despite the media’s insistence that Americans are opposed to Trump’s policies, that may not be the case.

With the election drawing ever nearer, the issue of illegal migration, specifically benefits for those illegally living in the US, is becoming more important for both conservative and liberal voters.

From The Daily Wire:

Media outlet Axios formed a small focus group of 12 swing voters to gauge their opinion on how President Donald Trump is handling illegal immigration. Their responses are probably not what the media expected.

The voters were from Warren, Michigan, which is in Macomb County. Axios reported that the town voted for Hillary Clinton in 2016 by nearly 10 points (Axios described this as a “narrow” win but 51.9% to 42.7% is hardly narrow). Macomb County, however, voted for Trump by 48,351 votes.

The group “included nine people who voted for Barack Obama in 2012 and Trump in ’16, and three who flipped from Mitt Romney to Hillary Clinton.” So, yes, the group was skewed toward Trump, but seeing as how the people had previously voted for Obama, they could change their vote in 2020.

One of the biggest takeaways from the group was how many agreed that giving illegal immigrants free things would just make the problem worse, Axios reported:

Eight of these participants, including one Romney-Clinton voter, agreed with this statement: “When we give migrants food, clothing, toiletries, and shelter, all we’re doing is encouraging more of them to come to the U.S., and we don’t want that.”

Axios reported that their focus group kept bringing up immigration, and that the “responses sounded a lot like the ‘America First’ message President Trump has been championing.” For example, the room reportedly “got really animated” when the issue of giving illegal immigrants free health care was brought up.

“Why would you want to give it to another person from a different country for free?” one person asked.

“Give them free benefits, this that and the other thing. That is ridiculous,” said another. “They’ll come from anywhere and get a house and a car, too.”

The group also pushed for more focus on American citizens.

“I don’t want to be a jerk,” the same participant said. “I feel terrible for these people, but there are people in this country who are struggling to survive. We need to focus on the United States.”

The group reportedly brought up the homeless and veterans as populations needing help in America.

The outlet reported that even those who disagreed with how Trump has been discussing the issue agreed with his actual actions.

“His stance on immigration is a little too far for me, but I tend to agree with it,” one person said. “His grandparents came from Italy ‘the right way,’ so to see people not following the rules … I have a problem with that.”

While a majority of Americans tell pollsters they disapprove of what Trump has done on the issue, actually talking to them may reveal a different result. People aren’t always honest with pollsters for various reasons, including a fear of judgment.

← Tlaib Calls Trump the “Biggest Bully” She’s Dealt With, Backfires on Twitter ← SHOCK POLL: Republican Support for Trump RISES After His Attack on “THE SQUAD”