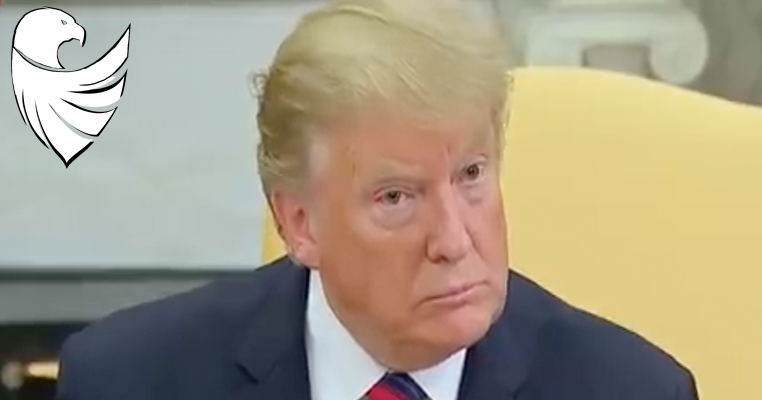 President Trump is likely to not be very happy with the latest Fox News poll which shows him losing big in head-to-head matchups against the four top Democratic primary contenders.

It’s worth noting that Trump was largely expected to lose to Hillary Clinton in 2016 as well and losing to his rival in nearly all head to head polling prior to his historic victory. 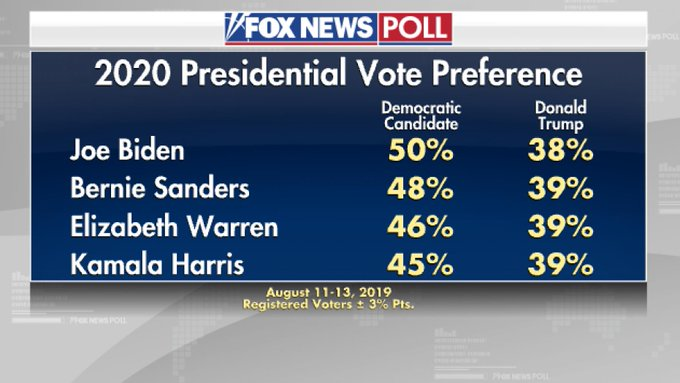 Among Democratic primary contenders, Warren saw the largest gain in support in the poll — an 8 percent jump from last month’s survey. Warren, according to the poll, took second place behind Biden with the support of 20 percent of Democratic primary voters.

Sanders dropped to third, now at 10 percent in the poll and the only other candidate aside from Warren and Biden scoring double digit support among voters.

Biden dropped slightly in the poll from a previous Fox News poll in July, from 33 percent to 31 percent, but remains the clear front-runner in the race according to the survey.