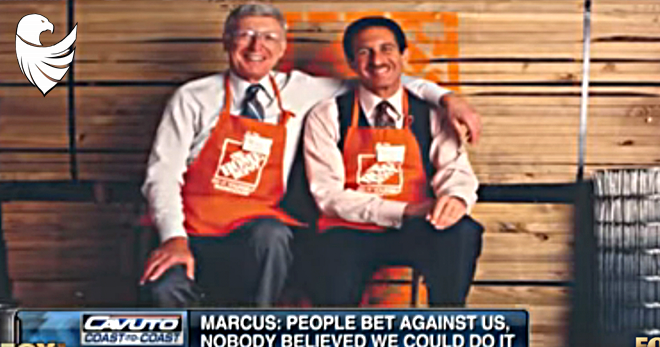 Legendary entrepreneur and co-founder of Home Depot Bernie Marcus plans to give 80-90 percent of his wealth to charity.

He has already given roughly $2 billion to 300 organizations.

In addition, Marcus is a Trump supporter and will be helping the Trump 2020 re-election campaign.

Billionaire Bernie Marcus has already given more than $2 billion to upwards of 300 organizations, and he said he plans to donate the majority of his fortune while he’s still alive and support President Trump for re-election in the 2020 presidential election.

The Home Depot co-founder told the Atlanta Journal-ConstitutionOpens a New Window. over the weekend that he will continue to look for worthy causes to donate to in the years to come. Marcus, 90, added that 80 to 90 percent of his wealth will go to the Marcus Foundation when he dies to fund other organizations such as medical discoveries, helping children with autism and veteran support.

“I want to live to be 100 because I want to be in a position to give it away to those things that I really believe in,” Marcus told the newspaper. “I’ve got all the houses I need. I live very well. My kids are taken care of. Everything I live for now is finding the right things to put my money into and that can give me a rate of return in emotion and doing good things for this world.”

Marcus has an estimated net worth of $5.8 billion, according to ForbesOpens a New Window.. The billionaire has donated more than $2 billion to philanthropic causes, including $250 million to build the Georgia Aquarium. The businessman could donate up to $6 billion in his lifetime.

When asked about his net worth, Marcus said he doesn’t “have a clue.”

“You know when I find out what I’m worth? Once a year, I go through it with my accountants. I don’t have a clue. My key is how much can I give away this year?” he told the Atlanta Journal-Constitution.

← E. Jean Carroll on her accusations against Trump: “He killed something in me” ← Twitter Reacts as AOC Attacks Ivanka Trump as “Not a Qualified Diplomat”