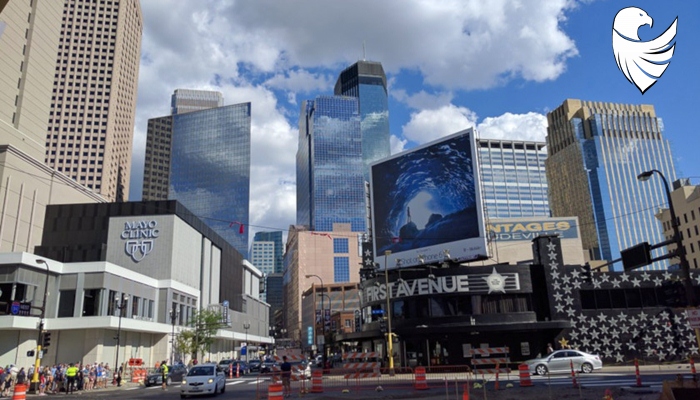 First Avenue, an iconic music venue in downtown Minneapolis, says it’s “not a political organization,” but plans to donate all profits from its Thursday events to Planned Parenthood in a rebuke of President Donald Trump.

The Trump campaign will be hosting a rally across the street at Target Center and First Avenue plans to carry on with its scheduled shows. The profits from the shows and the venue’s Depot Tavern restaurant will be donated to Planned Parenthood, First Avenue CEO Dayna Frank said in a statement released to the media Wednesday.

“While we are not a political organization, First Avenue has hosted candidates and events across the political spectrum and supports diversity of thought. However, the actions and policies of this administration are in direct conflict to our core values,” Frank said. “First Avenue believes in radical inclusivity; every person needs to be treated with dignity, respect, and professionalism. Our mission statement explicitly outlines First Avenue’s goal of fostering a unique, diverse, and innovative cultural environment.”

On its website, First Avenue touts the fact that it has hosted politicians like former Vice President Walter Mondale, former Gov. Jesse Ventura, former Sen. Al Franken and Attorney General Keith Ellison. No Republicans are included on its list of past political visitors.

The Minnesota DFL used the venue for a get-out-the-vote concert in November during the final days of the midterm campaigns. Ellison, as well as Rep. Ilhan Omar (D-MN-05) and Lt. Gov. Peggy Flanagan, were at the event.

According to Fox 9 reporter Hannah Flood, First Avenue hung up rainbow-colored “vote 2020” decals on its windows ahead of Trump’s visit.

.@FirstAvenue puts up rainbow colored “Vote 2020” decals on their windows ahead of @realDonaldTrump rally in Minneapolis. @FirstAvenue has a show on the same night. They are donating all profits to @PPFA (Planned Parenthood) pic.twitter.com/8EEX8c1dVu

Planned Parenthood thanked the music venue for its support on Twitter Wednesday afternoon.

Thank you for standing with Planned Parenthood, @FirstAvenue. https://t.co/TPYSsdHank

“First Avenue is donating all of its profits on Thursday night to Planned Parenthood. Which is awesome,” she said. “Proud to see a Minnesota icon supporting such an important organization.”

First Avenue is donating all of its profits on Thursday night to Planned Parenthood. Which is awesome. Proud to see a Minnesota icon supporting such an important organization. https://t.co/aFiuXGLfm8

← The Trump Administration Wants 450 Miles of Border Wall By 2020 ← Madness in Minneapolis: City on Edge as Supporters and Protesters Await the President