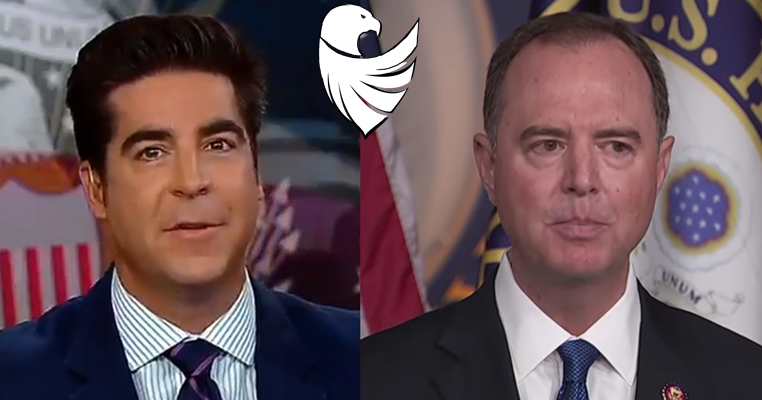 During an appearance on “The Five,” Fox News personality Jesse Watters argued that Democrats “created this scandal out of thin air” regarding the Trump-Ukraine controversy and he believes “they’re panicking because it’s all falling apart.”

So now we have this breaking news about little out of Schiff or Shifty Schift or Pencil Neck, whatever the president wants to call him. He has his fingerprints all over this whistleblower story. So, a member of his team contacted the Whistleblower before the guy made his complaint.

He goes on television, on MSNBC and says I have not had any contact with the Whistleblower and then he goes on the house hearing and he says… Makes up a fabricated quote about the President of United States.

The Democrats are in panic mode

They have been exposed …Again pic.twitter.com/KUquJGUjtr

← Trump Jr. Calls Schiff the “Jussie Smollett” of Congress, Says He Should “Resign in Disgrace” ← VIDEO: Trump Doubles Down, Says “China should start an investigation into the Bidens”