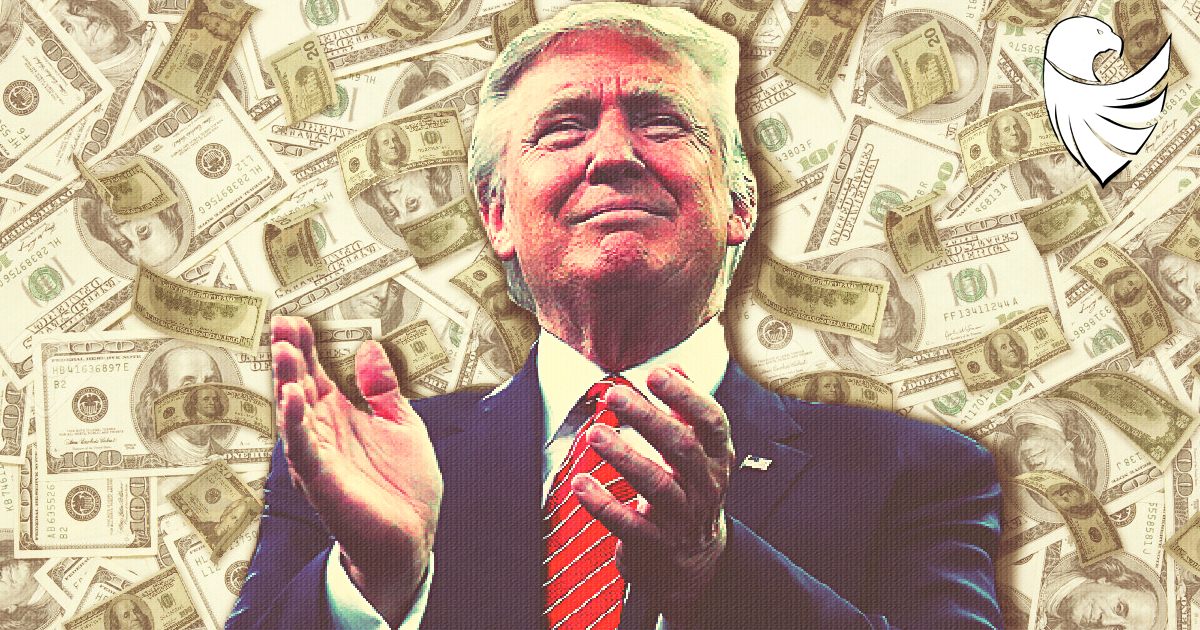 We’ve been hearing a lot about Democrats that are raising a lot of money for their campaign, but President Trump can now boast an absolutely massive haul accomplished in under 24-hours.

Yahoo News reported that President Trump held a rally in Orlando, Fla., on Tuesday night billed as the kick-off to his reelection campaign. And according to the Republican National Committee, Trump received nearly $25 million in contributions in less than a day.

It’s unclear how many donors contributed to that effort. RNC officials did not immediately respond to requests for comment. (Per ABC News, the total is a combination of amount raised by the Trump campaign and Trump Victory, the joint fundraising arm for the campaign and RNC.)

@realDonaldTrump has raised a record breaking $24.8M in less than 24 hours for his re-election. The enthusiasm across the country for this President is unmatched and unlike anything we’ve ever seen! #trump2020 #KeepAmericaGreat

8,364 people are talking about this

President Donald Trump raked in nearly $25 million in campaign contributions for his re-election effort in less than 24 hours, the chairwoman of the Republican National Committee said Wednesday.

“@realDonaldTrump has raised a record breaking $24.8M in less than 24 hours for his re-election,” RNC Chairwoman Ronna McDaniel wrote on Twitter, hours after the president formally launched his 2020 bid the previous evening with a rally in Orlando, Fla.

“The enthusiasm across the country for this President is unmatched and unlike anything we’ve ever seen! #trump2020 #KeepAmericaGreat,” McDaniel continued.

McDaniel did not specify the exact timing of Trump’s haul, but if it represents a first-day fundraising total for the campaign, his $24.8 million would nearly quadruple the $6.3 million former Vice President Joe Biden raked in within his initial 24 hours as an announced 2020 White House contender.

← God’s people are like the coals if they can not burn you, they’ll make you black. ← Trump: The American Dream is BACK. It’s BIGGER, BETTER, and STRONGER than ever before! Our future is BRIGHT – that’s why we can’t elect Democrats!