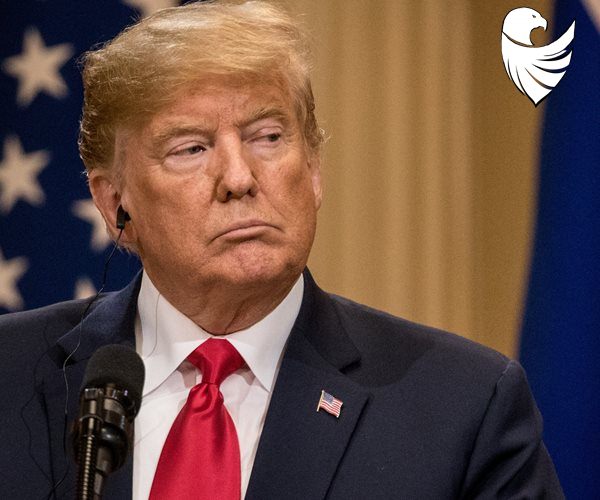 A Justice Department lawyer told a Maryland-based federal judge Wednesday that President Donald Trump’s administration is seeking a “path forward” to add a citizenship question to the 2020 census, a dramatic change of course.

Joseph Hunt, an assistant attorney general with the civil division of the Department of Justice, said the department’s been “instructed to examine whether there is a path forward, consistent with the Supreme Court’s decision, that would allow us to include the citizenship question on the census.”

“We think there may be a legally available path under the Supreme Court’s decision. We’re examining that, looking at near-term options to see whether that’s viable and possible,” Hunt said, according to a transcript of a teleconference held in federal court in Maryland obtained by Reuters and The Hill.

Critics have called the citizenship question a Republican ploy to scare immigrants into not taking part in the census and engineer a population undercount in Democratic-leaning areas with high immigrant and Latino populations, Reuters reported.

That would benefit non-Hispanic whites and help Trump’s fellow Republicans gain seats in the House and state legislatures when new electoral district boundaries are drawn after the census, the critics say.

“The News Reports about the Department of Commerce dropping its quest to put the Citizenship Question on the Census is incorrect or, to state it differently, FAKE! We are absolutely moving forward, as we must, because of the importance of the answer to this question,” Trump tweeted.

Hunt said the DOJ plans to file a motion in the Supreme Court that would “govern further proceedings in order to simplify and expedite the remaining litigation and provide clarity to the process going forward.”

“It’s very fluid at present because we are still examining the Supreme Court’s decision to see if that option is still available to us,” Hunt added, according to the transcript.

Judge George Hazel, who is overseeing the federal lawsuit over the citizenship question in Maryland, gave the Trump administration until 2 p.m. Friday to say it will no longer pursue adding the question to the census.

“I don’t know how many federal judges have Twitter accounts, but I happen to be one of them, and I follow the president, and so I saw a tweet that directly contradicted the position” the DOJ had given the day before, Hazel said, according to the transcript.

“I think I’m actually being really reasonable here and just saying I need a final answer by Friday at 2 p.m. or we’re going forward,” the judge said.

Hazel, an Obama appointee, has been tasked with reviewing whether there was a discriminatory intent behind the citizenship question’s addition to the 2020 census, a different legal question than the one addressed by the Supreme Court last week. That case could be potentially be dropped if it’s determined the question won’t appear, The Hill reported.

Joshua Gardner, another DOJ lawyer, indicated during the call that he wasn’t aware of the change in the status of the citizenship question efforts ahead of Trump’s tweet.

“The tweet this morning was the first I had heard of the president’s position on this issue, just like the plaintiffs and Your Honor. I do not have a deeper understanding of what that means at this juncture other than what the president has tweeted,” Gardner said. “But, obviously, as you can imagine, I am doing my absolute best to figure out what’s going on.”

Thomas Saenz, president and general counsel of the Mexican American Legal Defense and Educational Fund, which is involved in the Maryland lawsuit, said in a statement that under the Trump administration, “there’s no accounting for doubling down on stupid.”

“MALDEF is fully prepared to demonstrate in court that racism is the true motivation for adding the question, and by doing so, to prevent the question from appearing on the census,” he said.

← Tanks Spotted in D.C. Area for Trump’s July 4th Celebration! ← The other point of view for migrants