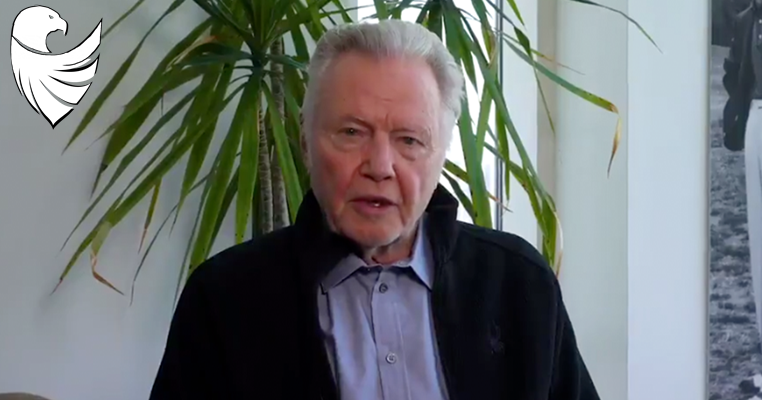 Legendary actor Jon Voight took to twitter to deliver a “message for America.”

In this message he defends President Trump and makes it clear he does not believe Trump is racist.

Many responded to Voight, thanking him.

Amen! May God protect & spiritually renew our nation with His never ending love, mercy & faithfulness. Thank you for using your voice, Mr. Voight. Continuing prayers for our great POTUS, his family & administration as they work hard to #MAGA & #KAG! #UnitedNotDivided #WWG1WGA pic.twitter.com/Xhj4nE8njO

Beautifully said Mr Voight. Guns don’t kill people. Sick people filled with hatred, and no faith and belief in God, kill people. Children for the last 20 years have been raised without discipline, faith and goodness. That’s the evil that dwells in America today.

CA has lots of generational problems dating back to the free speech movement at Berkeley. It’s really sad.

The 80-year-old Academy Award winner and father to actress Angelina Jolie shared a politically charged video on Twitter Sunday in which he argued that Trump isn’t racist.

“We must understand that this is a nation of liberty, and this president is honoring all. He is not a racist, but a man who loves his country and has every intention to make this land great again,” the actor said in the video titled, “Jon Voight’s message for America.” “Let us vote for this country’s safety. And may all the angered left find truth, what truth stands for.”