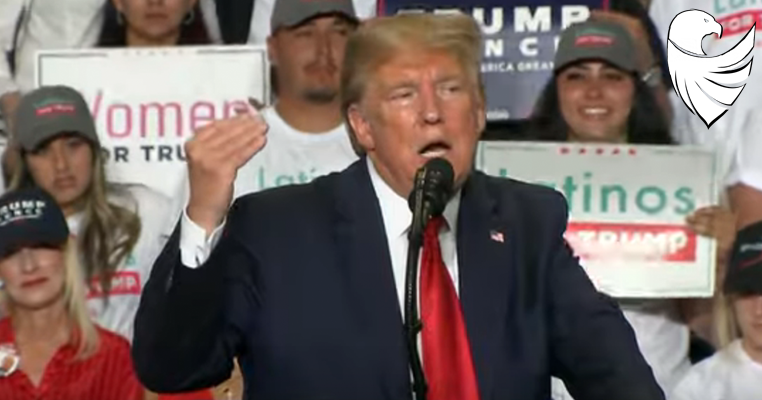 Terrible news for Democrats: Hispanics could help throw the 2020 election to President Trump.

The New York Times announced it was shutting down its Spanish-language edition, “NYT en Espanol,” which launched in 2016. The venture, management explained, did not prove a financial success, in part because their readers were “less engaged than they were with our core site, and we did not see a path to converting them as subscribers.”

Translation: Spanish-speaking readers perhaps didn’t buy what the anti-Catholic, anti-Trump, pro-abortion New York Times was selling. Who is surprised? The Times, along with other liberal media outlets, imagine Latinos to be a monolithic group both culturally and politically.a

Democrats make the same mistake, taking the Hispanic vote for granted. In 2020, with Hispanics becoming an ever-more important factor in key swing states like Florida and Pennsylvania, that presumption could cost them the election.

In their fealty to tightly bound identity politics, liberals simply cannot imagine that Spanish-speaking people who live in the United States might vote for Trump. And yet, indications are that many will, despite the all-out effort by the Times and other liberal outlets to portray the president as racist.

In 2016, Trump received 28 percent of the Latino vote, slightly more than the 27 percent garnered by Mitt Romney in 2012, shocking those who thought his promise to build a wall would alienate Latino voters.

Since then, as the debate over immigration has become more heated and the president has stepped up efforts to prevent a flood of undocumented people from Central America from crossing the southern border, attacks from Democrats have only intensified.

And yet, Hispanic support for the president appears to grow.

In 2018, Hispanic voters gave Republican congressional candidates 29 percent of the vote, or slightly above Trump’s take in 2016, even as white voters defected from the GOP. The number of Hispanics identifying themselves as Republicans climbed from 24 percent in 2016 to 27 percent in 2018, according to Pew polling. Meanwhile, the president’s approval rating among Hispanics ranges in recent polls between 29 percent and 37 percent.

A New York Times reporter was clearly baffled by this turn of events as she ventured to cover the president’s recent rally in New Mexico, where 47 percent of the electorate is Latino. Jennifer Medina was shocked to find large numbers of Hispanics who had waited in the sun to greet the president, and whose “identity was something of an afterthought.”

She met Latino Trump supporters who backed his position on illegal immigration, and who felt that “We need to take care of the people who are already here.” They were not, she reported, “single-issue voters,” which seemed to surprise the Times writer. Those proudly announcing themselves as Latinos for Trump also tended to favor his position on abortion, his appointments of conservative judges, and defense of gun rights. (Take that, Beto!)

Per NBC – At a campaign rally in New Mexico, President Trump called out CNN contributor Steve Cortes and touted his support from Hispanic voters.