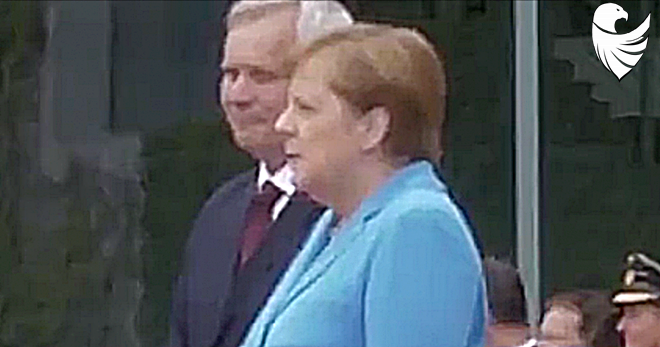 Recently, German Chancellor Angela Merkel was filmed shaking violently and uncontrollably during a meeting with the Prime Minister of Finland.

Merkel’s shaking, which occurred on Wednesday, was the third such public display in just one month, leading to much speculation among pundits and social media commenters.

Angela Merkel says there is ‘no need to worry’ after she was seen shaking in public for third time in a month pic.twitter.com/UnDLhYIDqx

131 people are talking about this

Merkel, whose term as Chancellor is set to end in 2021, said when asked “People don’t need to worry about me,” and said she was feeling “fine.”

Footage shows Merkel trembling through the German national anthem during a welcome ceremony for her Finnish counterpart.

Merkel later claimed to be “fine,” according to Sky News. “People don’t need to worry about me,” she said, in a news conference after the event.

It is the third time in a month the German chancellor has been spotted trembling in public, after shaking through a reception for Ukrainian President Volodymyr Zelenskiy on June 18 and a meeting with German President Frank-Walter Steinmeier on June 27.

Her office has not commented on the state of her health.

Merkel is due to stand down as German chancellor at the end of her current term in 2021.