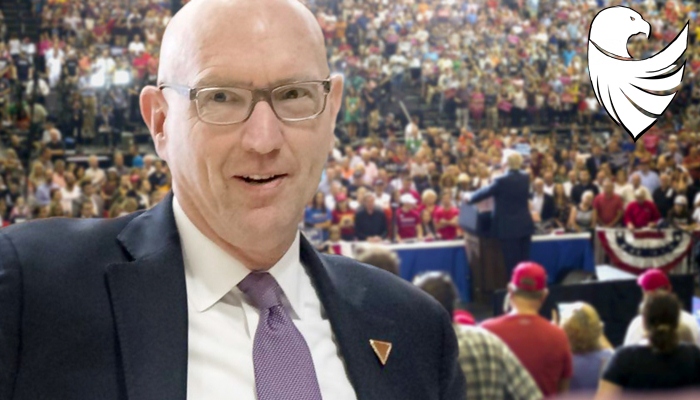 President Trump’s campaign rallies were an unprecedented political phenomenon in the 2016 presidential campaign.

What’s even more astounding and unprecedented though, is that the crowds at Trump rallies have only gotten bigger and more enthusiastic since then – a ringing tribute to this President’s unparalleled record of keeping his promises.

We were pleased with the turnout at President Trump’s campaign kickoff rally in Orlando, where supporters completely filled the 20,000-seat Amway Center. But even that didn’t prepare us for the reception the President got in Cincinnati just over a month later, which thousands of supporters had to watch from the outdoor viewing area after we filled all the seats in U.S. Bank Arena.

Trump rallies are often compared to rock concerts. That’s a pretty good analogy, but it doesn’t quite capture the full extent of the festival-like atmosphere at these events. They’re actually the embodiment of a vast political and cultural movement, the likes of which our country has never seen before and may never see again after January of 2025.

The sheer number of people who show up to each and every Trump rally is truly astonishing. Traditionally, presidential candidates have held their campaign events in gymnasiums and other mid-sized venues – and even then they typically have to carefully stage-manage the events just to make sure the cameras don’t show rows of empty seats.

President Trump holds his rallies in sporting arenas because they’re generally the largest venues available – and even then the campaign rally team has to deploy jumbotrons in the parking lot to broadcast his speeches for the crowds of people still waiting outside when the venue reaches capacity.

“So, we’ve got thousands of people standing outside, and I asked the officials, can we sneak some up along the aisles? Can they sit on the stairs?” the President joked during the Cincinnati rally, noting that the campaign distributed tens of thousands of tickets to the event.

Remarkably, these rallies aren’t even partisan affairs. They attract people from across the political spectrum. Of the roughly 30,000 people who registered for the President’s rally in El Paso, Texas earlier this year, for instance, about 50 percent were registered Democrats, with the remainder split more or less evenly between Republicans and independent voters.

People literally camp out for days ahead of time to make sure they get in line early enough to snag a seat, just like they do at sold-out rock concerts. Rather than bickering over line etiquette, though, Trump supporters turn the experience into a massive tailgate party, using it as an opportunity to meet new friends who have traveled from far and wide to see President Trump.

It’s not difficult to understand what’s driving the surge in turnout at Trump rallies. The fundamental difference between now and 2016 is that the last time around, candidate Trump could only make promises about what he would do once elected. This time around, President Trump can boast that he has spent the past two and a half years fulfilling those promises for the American people.

His most important promise was to restore the U.S. economy to health after eight disastrous years of Democrat control, but he’s actually done far more than that. Thanks to the President’s highly successful policies, including tax cuts and deregulation, America’s mighty economy is booming like never before, creating hundreds of thousands of new jobs every month. In Ohio, that has translated into a significant improvement in the labor market, with the state unemployment rate currently sitting at 4.0 percent, more than a full percentage point lower than it was when Donald Trump took office.

President Trump has also kept his pledge to protect American workers from the unfair trade practices of our economic and geopolitical adversaries. His strategic counter-tariffs on China, for instance, are finally holding Beijing to account for its history of cheating U.S. workers.

Despite an all-out obstruction campaign, Donald Trump has led the fight to assemble the necessary funding forborder security while successfully negotiating immigration deals with Mexico and Guatemala – key elements of his broader plan to combat the illegal immigration crisis.

That’s just the tip of the iceberg, though. This President has kept literally hundreds of promises since his inauguration, implementing countless policies that have helped make our country great again.

Contrary to popular liberal belief, the American people are not blind to President Trump’s many successes. They know that he has worked miracles with the U.S. economy, and that they are objectively better off today than they were before he took office. That’s why the political movement that propelled Donald Trump to victory in 2016 continues to grow, despite the Democrat Party’s best efforts to obstruct his agenda while trying to whip up support for impeachment.

No matter where they take place, President Trump’s rallies consistently draw tens of thousands of supporters, reflecting a remarkable level of enthusiasm that should terrify every Democrat politician who wants to compete with Donald Trump in the next presidential election.

The President’s opponents may disregard Trump rallies at their own political peril, and with the results of the Trump agenda fueling even more interest in him, the phenomenon is sure to keep growing well beyond November 3, 2020.