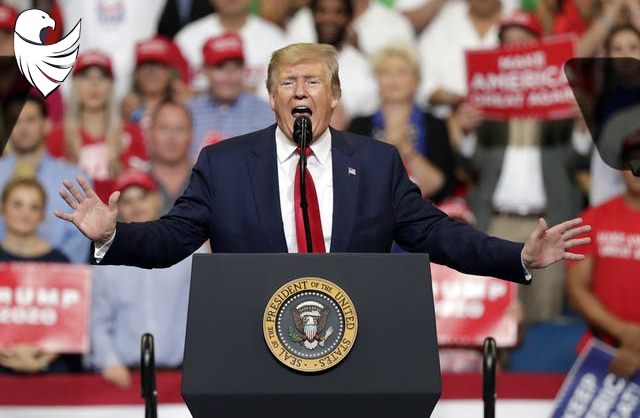 President Donald Trump’s rally this week in Orlando, launching his 2020 re-election campaign, has tremendous implications for the role that Minnesota will play in picking our next president.

Minnesota has voted for the Democratic candidate in every presidential election since 1972, the longest-running blue streak of any state in the Union.

Lost in the media frenzy over the 2016 upsets in Wisconsin, Michigan and Pennsylvania was just how close we came to pulling off an upset here in Minnesota. Trump came within less than 44,000 votes of breaking the Democrats’ winning streak, a margin of just 1.5%.

To put that in perspective, if only one-quarter of the voters who cast ballots for one of the third-party candidates had instead voted for Trump, Minnesota would have joined the rest of the Upper Midwest in the Republican column.

Based on how close the outcome was in 2016, Minnesota could easily be the deciding state in the 2020 election, which will likely be every bit as close. That means every Minnesota voter potentially holds the fate of the country in their hands. It’s an incredible responsibility.

For the entirety of Trump’s presidency, Democrats and the media have expended their energy inventing and promoting conspiracy theories and tabloid scandals. Meanwhile, the president has focused on leading our country back to greatness and implementing his agenda. As a result, America has enjoyed historic prosperity, record low unemployment and the most precious blessing of all: peace.

Minnesota’s economy has performed particularly well in the Trump era. A 3.3% unemployment rate is almost a cartoonish figure, rarely seen outside an economics textbook. Here in Minnesota, that low unemployment rate is a reality. Growth is also back to the level we were accustomed to before the Great Recession, driven here in the industrial north by a manufacturing boom that Democrats insisted could never happen in the 21st century. If the Democrats take back the White House in 2020, the good times we are currently enjoying will quickly come to an end.

This election is not merely about sentiment and political tribalism, as some would have you believe. Like 2016, the 2020 election will have tangible, long-lasting consequences for the hardworking men and women of America.

If you need proof of what’s at stake, you don’t even need to look beyond the borders of our state. The Fifth Congressional District elected Ilhan Omar, whose statements are believed by many to be anti-Semitic, anti-American and extremist. Minnesota voted for Tina Smith to serve us in the U.S. Senate, and she opposed the Born-Alive Abortion Survivors Protection Act, a position tantamount to championing the killing of babies after they are born.

It doesn’t matter which of the dozens of Democratic presidential candidates wins the nomination. If any of these candidates enter the White House, America and Americans will come last, not first, our country will no longer be free, a socialist implementation will have us going the way of countries like: Greece, Spain and Italy. We will be a country without borders and one that will not sustain the American dream for generations to come.

The political dynamics of our country have been shaped exclusively by the left’s hatred of President Trump. Instead of working in the best interest for us all, working across the aisle and doing what’s best for all people has gone out the window.

Trump has answered the call. The country needs Minnesotans to do the same. A GOP victory in the Land of 10,000 Lakes next year could be the most important result we could ever deliver.