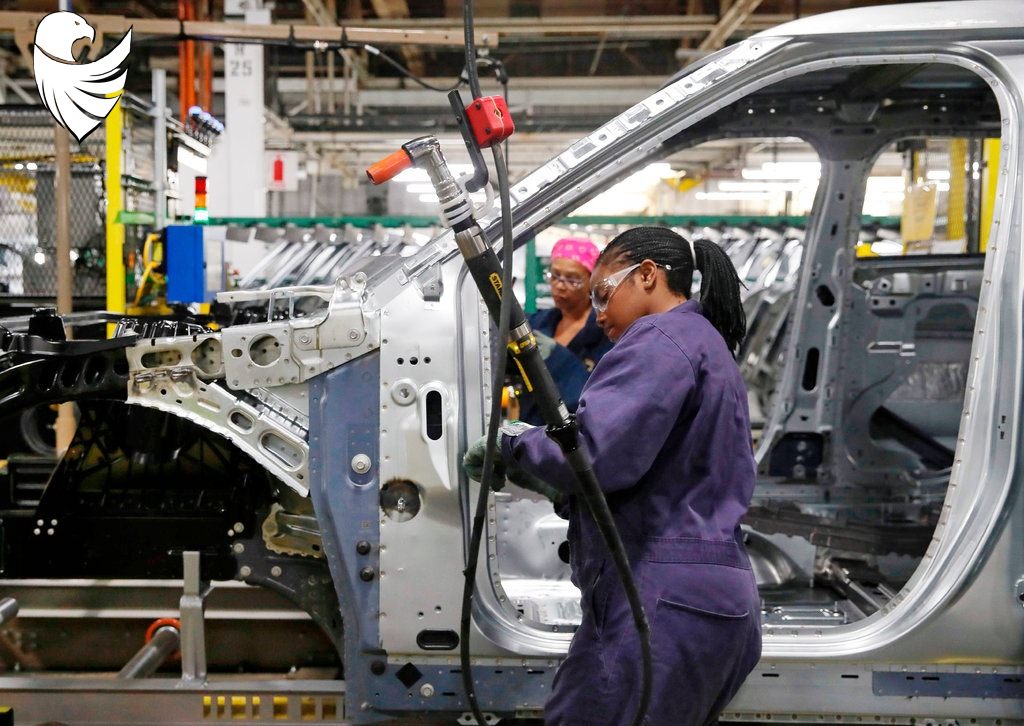 The economic and social trends that have long kept Hispanic and black women from making job and wage gains appear to be shifting.

The United States economy on Monday hit a milestone, reaching its longest expansion on record. Just a decade ago, the nation was mired in a severe recession that had erased trillions of dollars in wealth and left millions of people out of work.

While the recovery has delivered uneven gains, Hispanic women have emerged as the biggest job market winners in an economy that has now grown for 121 straight months, assuming data released in coming months confirms continued growth.

Employment rates for Hispanic women between 25 and 54, prime working years, have jumped by 2.2 percentage points since mid-2007, the eve of the Great Recession. That’s the most of any prime-age working group. Black women came in second, adding 1.6 percentage points.

Catch up and prep for the week ahead with this newsletter of the most important business insights, delivered Sundays.

While employment rates have risen for minority women, they are far from the expansion’s biggest winners by other measures. The richest 1 percent of earners — who are heavily white and male — have notched outsize earnings throughout the expansion and recovery. The top 1 percent also received nearly 17 percent of the total first-year benefit from the Trump administration’s $1.5 trillion tax cut, according to

the Tax Policy Center.
“We have an issue with wage inequality, income inequality and wealth inequality where most of the growth is going to the top,” said Valerie Wilson, director of the Economic Policy Institute’s program on race, ethnicity and the economy. “Those people are less likely to be women, and much less likely to be women of color.”
But the economic and social trends that have long kept minority women from making job and wage gains appear to be shifting. Hispanic women have historically worked less than any other demographic, earned fewer degrees than white and black women, and had among the highest fertility rates. That is changing: Hispanic women have posted a major fertility decline over the past decade and they have steadily raised college attainment.

The recent job gains show that prolonged economic growth, combined with those social changes, has the power to lift long-marginalized minorities. The pattern also offers hopeful news for employers: As these women pour into jobs, they are providing a new source of labor in an economy where workers are increasingly scarce.

The expansion record won’t be official until growth data is reported over the coming months, but America has clearly experienced a long period of job market healing. Unemployment is near its lowest level in 50 years and prime-age employment rates have bounced back after falling off sharply during the 2007-2009 recession and its aftermath.

That progress has allowed the black work force to begin recovering from a painful recession. For Hispanic women, the recent gains are part of a more long-running trend toward higher employment, but one that has recently accelerated.

Starting around 2012 and picking up around 2014, Hispanic women between 25 and 34 began pouring into jobs, contributing substantially to the group’s overall progress. They now work at their highest rates on record. Hispanic women concentratestrongly in service jobs including health care, which have grown throughout the expansion.

Education is a big part of the story. While the share of whites and blacks age 18 to 24 who were enrolled in college actually dropped slightly between 2010 and 2016, the share of Hispanic women going for a degree jumped to 41 percent from 36 percent.

That’s an improvement from a low level — 48.9 percent of white women were enrolled, by way of comparison — but it has major job market implications. Employment rates climb steadily with educational attainment.

Mariah Celestine, 25, is a student at Columbia Business School and the first person in her family to pursue a master’s degree. She has a firsthand view of the cultural shift. Going back to school and leaving her salary at Bank of America was a difficult choice, because she was financially helping an aunt in New York and her extended family in Puerto Rico.

“For us, a lot of times, it’s a balancing act: pursuing that passion but knowing that there will be stability,” she said. “We know that other people will be depending on our success.”

She believes that her peers — often the first generation in their families to be born in the United States and raised in its culture — are watching women succeed on a national stage and trying to follow in their footsteps.

“It’s about investing in yourself and having as many opportunities as possible,” she said. “A lot of the household work and care-taking responsibility have fallen on women in the past, and we don’t see that changing. But I think it’s: What can I do to make my family as comfortable as possible?”

Smaller families might be allowing more Hispanic women time to devote to careers. Age-adjusted fertility rates for Hispanic women plunged between 2008 and 2016, based on an analysis by the Institute for Family Studies.

[Why birthrates among Hispanic Americans have plummeted.]

Both changes — education and fertility — bring Hispanic women more in line with other American racial and ethnic groups. The group’s millennials are more heavily United States-born, so they’ve been raised within American culture, smoothing the way for that convergence.

But economic opportunity seems to have been the spark that enabled a long-running cultural change to catch fire. While young women had been improving their education rates and delaying motherhood for years, their employment rate picked up in earnest only midway through the expansion, as available jobs outpaced available workers.

Now, the question is whether those gains will prove sustainable. Policymakers sometimes point out that some minorities suffer from a last-hired, first-fired phenomenon. Black women saw their employment rate drop 9.4 percentage points from its peak to its trough in the last crisis. Hispanic women had a similar but more muted response, losing about 6 percentage points.

Even if that pattern repeats itself come the next downturn, the fact that minority women are finding jobs now could leave them with more experience for their future résumés and more money in the bank.

“Shoring up labor market experience and earnings is a good thing,” said Heather Boushey, executive director at the Washington Center for Equitable Growth. “I think it is an unambiguous good.”

Much of that gap comes from the types of jobs women, and particularly minority women, work in, Ms. Boushey said. Theyskew heavily toward lower-paying service work. Research suggests career breaks and the lower hours that are sometimes associated with child rearing also play a role.

It’s also unclear what is happening with Hispanic men, and what that might mean for their families and communities. Like white men, Hispanic men are working less across education levels. Before the downturn, the employment rate for 25- to 34-year-old Hispanic men peaked at 91.6 percent. In May, that rate stood at 85.7 percent.

The jobs available in today’s economy may favor women over men— health services, food and leisure jobs, and education have all been hiring aggressively and are all female-dominated — and women may be working more to patch up household earnings as men struggle to find their footing.

Regardless, the fact that minority women are steadily joining the ranks of the employed could spell good news for talent-hungry companies. Because the unemployment rate is historically low, economists have been concerned that businesses would run out of applicants, forcing them to abruptly raise wages and prices as they competed for a finite number of would-be employees.

As sidelined groups prove themselves ready to work, they could help to keep widespread labor shortages at bay.

“There is still room for employment-population ratios to grow: These are largely untapped segments of the labor force,” said Ms. Wilson at the Economic Policy Institute. “Since there are more black and brown people in the population, in the labor force, it’s reasonable to think that these are the groups in which you’ll see the growth.”