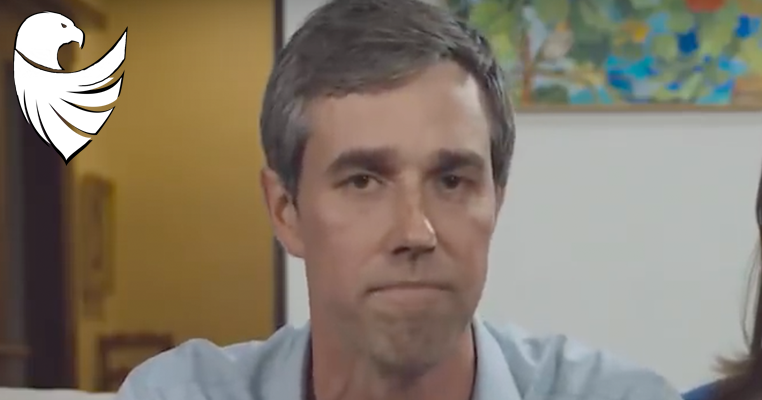 The Houston Chronicle, a publication that is a fan of Beto O’Rourke, is pleading with him to drop out of the 2020 Presidential race.

Despite being a consistent media subject, Beto has failed to capture the imagination of Democrat voters and is performing miserably in recent polling.

Now, the editorial board of the Houston Chronicle is calling on Beto to drop out so he can go for the Senate seat in Texas instead.

The most recent Politico/Morning Consult poll has Beto at 3%.

SurveyUSA sees the ex-Texas lawmaker at 1%.

So Beto, if you’re listening: Come home. Drop out of the race for president and come back to Texas to run for senator. The chances of winning the race you’re in now are vanishingly small. And Texas needs you.

Two years ago, you ran an inspiring race against Sen. Ted Cruz. Sure, you lost. No shame in that. Texas hasn’t elected a Democrat to a statewide office since 1994. You chipped away at a wall that wasn’t quite ready to come down. You showed it’s possible.

For too long, Texas officials have had only to consider how far to the right they must go to stay in office. No one is asking whether there might be a good idea or two on the Democratic side of things. We need you, Beto, because Texas badly needs that other view of the world, those differing opinions. You’ve brought us closer to having real, competing parties than any other candidate has, and than any candidate on our radar could.

Would you beat John Cornyn, who is seeking his fourth term? It wouldn’t be easy. You’d have to fight for it, and do better than you did against Cruz. But a lot has changed since 2018 — you had a lot to do with that — and Trump is no longer rock-solid in Texas. Neither are the Republicans who support him.

Imagine the effect you could have on our state. Ideas get sharper when they’re challenged, when points of view clash. We think Texas will get smarter, and its politics more sophisticated, if campaigns here were a true test of ideas, not one-sided races set to autopilot.

So please, Beto, after you’ve taken some time to mourn the dead in El Paso, consider whether now is a good time to leave one race and join another. Texas needs you back home.

← New Trump Rule Aims to Keep US Benefits for US Citizens and Crack Down on Fraud ← BREAKING: Trump Asks if Bill Clinton Went to Epstein’s Island