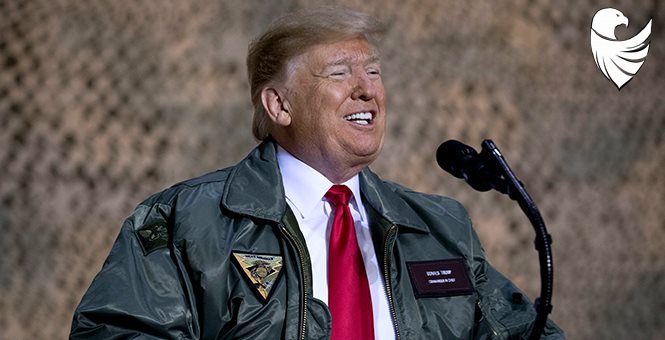 Having been chosen by President Donald J. Trump as Representative of the United States to the General Assembly of the United Nations was the greatest honor of my life. His trust in female leaders has been a fundamental characteristic of his presidency. Assigning women to high power positions in government is no exception. During my time as a Representative at the UN, I saw firsthand the challenges that women around the world face today. Women in the United States are immensely blessed with liberties that practically don’t exist in other countries. It was during this time and based upon my experience at the United Nations that I knew what my next mission had to be: support the President’s reelection effort in 2020.

During his time in office, President Trump has kept his promises to the American people and women have benefited from his policies. “Promises Made, Promises Kept” is more than just a slogan, it’s a new form of governing. Women, like me, are prospering in an economy witnessing historic growth and are continuously advancing thanks to the vision of, and investment from, President Trump.

Political rivals, many of whom take advantage of a political position or a television spot, insist on painting a negative outlook for women in our country in 2019—which could not be further from the truth. The reality in the United States is that we are witnessing the lowest unemployment rate for women in history since 1952. Today, there are more women working than ever before in our country’s history and 57% of all new jobs created under this administration have directly benefited women—this means, more than 3 million new jobs, which in turn means more opportunity.

Today the federal government and the private sector reflect a new dynamic. Working mothers toiling hard to provide for their families can have it all, even more so with adequate education and skills training. As an example, the Global Initiative of this government has invested $50 million dollars to ensure women can compete in a global economy. Another example of how this President and his administration support women in the workforce is the inclusion of the first ever family-leave proposal in the presidential budget. This proposal would provide new mothers with a basic salary during maternity leave.

President Trump, through tax reform, has helped millions of homes and small businesses. Thanks to this reform, working mothers and women around the country today have higher purchasing power, particularly since they are able to keep more of their earnings. Additionally, thanks to this reform, parents have also directly benefited as 529 savings plans can now be used in K-12 education, and not just for college savings.

The launch of ‘Women for Trump’ is taking place at a crossroads in our nation’s history. We have the opportunity to continue advancing under a president that has made a platform of success and opportunity a reality, or we can backtrack as in past decades. President Trump is working on behalf of all Americans and thanks to his dedication, the American dream is within reach to all who are willing to work hard and respect our system. Four more years would mean more opportunity for us, women.

Our coalition is committed to empowering all women and allowing them to reach their full potential. We agree and support President Trump and we will work non-stop to ‘Keep America Great’ for our friends, families and future generations.

Maggie Paláu-Hernández is a member of the “Women for Trump” coalition, and previously served as U.S. Representative to the UN General Assembly, with the rank of Ambassador.

← The words of Trump ← Tlaib Calls Trump the “Biggest Bully” She’s Dealt With, Backfires on Twitter