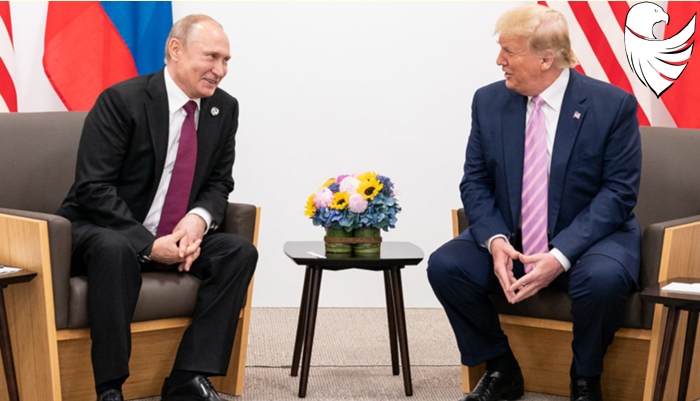 President Donald Trump told two Russian officials during a May 2017 meeting at the Oval Office that he was unconcerned with Russian meddling in the election, according to The Washington Post.

The report, which is sourced to three unnamed former administration officials, comes as the White House faces fallout from a whistleblower report accusing Trump of abusing his office by asking Ukraine’s president in a phone conversation in July to investigate the Biden family.

One part of the complaint, which a CIA analyst filed on Aug. 12, alleged that White House officials went to great lengths to sequester a transcript of that phone call to a small group.

The Post’s sources make a similar allegation about the handling of a memo of Trump’s interactions with Sergey Lavrov and Sergey Kislyak, the two Russians he hosted at the White House on May 10, 2017.

The meeting was a day after Trump fired James Comey as FBI director, in a move that would spark the special counsel’s Trump-Russia probe.

Trump told Lavrov and Kislyak that he was unconcerned about Russian election meddling because the U.S. carried out similar activities, according to The Post’s three sources.

The Russian government has denied the allegations, and Trump has given varying answers on whether he believes the finding.

Details of Trump’s meeting with Lavrov and Kislyak leaked back in 2017, soon after their conclave.

The New York Times reported on May 19, 2017, that a memo of the meeting showed that Trump called Comey a “nut job” and that his firing relieved pressure from the bureau’s Russia probe.

“I just fired the head of the F.B.I. He was crazy, a real nut job,” Trump said, according to the memo. “I faced great pressure because of Russia. That’s taken off.”

The Post does not say whether the memo cited in its story is the same as the one read to The Times two years ago.

← Trump Blasts Nadler, Schiff, and AOC’s “Squad” as “Do Nothing Democrat Savages” ← Trump to supporters: ‘Our country is at stake like never before’