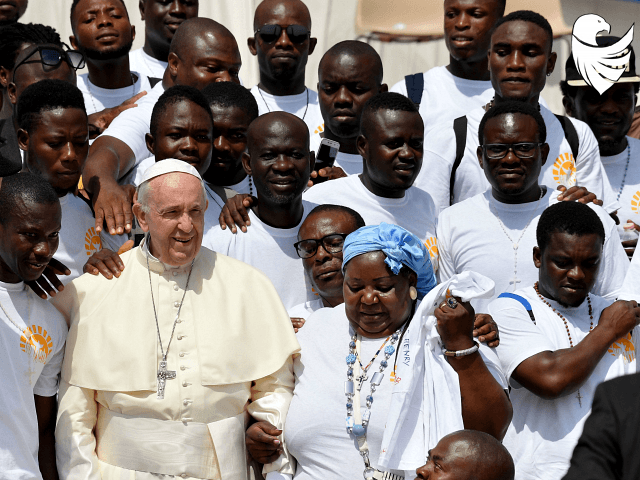 “In memory of the 6th anniversary of his visit to Lampedusa, on Monday, 8 July, the Holy Father Pope Francis, will celebrate a Mass for Migrants, at 11:00, in St Peter’s Basilica,” a Vatican communiqué said Monday.

The announcement of the pope’s Mass comes just days after a major stand-off between the Italian populist government and the German NGO Sea-Watch, which illegally docked at Lampedusa to disembark the 42 African migrants it was carrying. The NGO vessel was subsequently impounded, and the ship’s captain, Carola Rackete, arrested.

The Vatican said that around 250 people will participate in the papal celebration next week, “among whom will be migrants, refugees and those who are dedicated to saving their lives.”

The Vatican also underscored that the Mass will be private and is not open to journalists or others who have not been invited.

“Taking part in the Mass, presided over by the Pope at the Altar of the Chair of St Peter, will be only those persons invited by the Migrants and Refugees Section of the Dicastery for Promoting Integral Human Development, to whom the Holy Father has entrusted the organization of the event,” the communiqué stated.

“While Vatican Media will provide a live broadcast of the Mass, the presence of the press in the Basilica is not anticipated,” the text added.

“The Holy Father desires that the moment be as recollected as possible in the remembrance of how many have lost their lives fleeing war and misery, and so as to encourage those who strive day after day to sustain, accompany and welcome migrants and refugees,” the statement said.

The pope celebrated a similar “Mass for Migrants” in the Vatican a year ago to commemorate the fifth anniversary of his visit to Lampedusa, suggesting that the pontiff may wish to make the event an annual affair.

Francis has made attention to migrants a hallmark of his 6-year pontificate, seeking to provoke a “change in mindset” toward immigration.