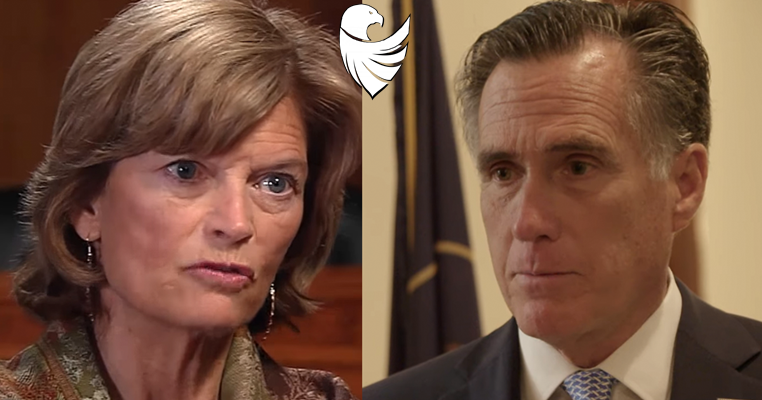 USH: Snerdley, the Official Program Observer, is asking, “What would happen if enough Republicans did join Democrats and voted to remove Trump from the presidency, go ahead and convict him.”

I think it’d be the end of the Republican Party, and whoever is left to pick up the pieces would be starting from scratch. But that means the Democrats own politics for the rest of our lives. Stock market would crash. ChiComs might go capitalist. Castro might be reborn and China turns into this capitalist, gigantic resort, as the Democrats take America down the road to Soviet-style poverty.

There are 63 million people that voted for Donald Trump, and if you look at polling data, Republican support for Trump remains 90%. That 63 million people is still there and it may be bigger. And if the Republican Party sold them out, that would be the end of them whenever they were next up for reelection. But they don’t think so.

That’s their attitude. They are arrogant and condescending. They’re never gonna change their minds about this, and none of this is about policy. It’s all about personality. It’s all about status and stature, the establishment, not about policy. Because policy-wise, there’s no reason for any Republican to want to throw this guy out of town. I mean, it’s silly to even contemplate.

RUSH: John in Schenectady, New York. Great to have you, sir. Hello.

CALLER: Hi. Thank you very much for taking my call. I’m a huge fan, been listening since 1989. Thank you for everything that you do. I’ll get right to the point. It occurred to me several years ago after years of watching the press tear apart George W. Bush, and eight years of Obama, that the Republican Party as a brand is dead. It has been thoroughly destroyed successfully by the media and the Democrats. And who better than a branding master, Donald Trump, to do something about that.

And one thing that occurred to me, and I’m sure there’s logical reasons why there’d be pros and cons, but what would the Republican Party want to be known for standing for, and that would be the U.S. Constitution. There already is a Constitution Party on the ballot in many states. What would it take to just simply leave the RINOs behind and true conservatives, just by sheer numbers, join the conservative party and take it over, hostile takeover of the Constitution Party?

RUSH: Well, I’ve gotten in trouble when I have voiced what I’m going to say here in a moment. I happen to agree with you to a point that the brand, Republican Party, has been severely damaged, as evidenced by the fact that these young Millennials associate the GOP with the ChiComs, not their own liberalism. I read this stuff and I’m literally stymied.

Well, I’m not because I totally understand it. It just ticks me off. But you know what? What I’ve gotten in trouble for saying is that I think they’ve almost had as much success damaging the brand with GOP as they have with the word “conservative.”

RUSH: So you think the new party name should be the Constitution Party?

CALLER: Right. I think it’s not practical to rename the existing Republican Party, but there already is a party, the Constitution Party. It has a long history of goofballs in there.

RUSH: Well, wait a minute. If the brand’s been destroyed, why not rename the party?

CALLER: Well, my point would be simply that just changing your affiliation over — we could do a hostile takeover of the already existing Constitution Party ’cause it already exists out there, and it’s already on the ballot in many states, and just by sheer numbers would be a hostile takeover. Leave the Republican Party there for the RINOs who probably aren’t gonna come along.

But we wouldn’t be able to do it during this election cycle. That would be like having a third party run, and that never works, and that just hands it over to the Democrats. But if we fail to reelect Trump, I thought that if we failed to elect a conservative after Obama, that that would be proof positive that the Republican Party as a brand was dead. We got lucky we got Trump. But if we fail to reelect Trump, that should happen. I mean, that’s proof that as a brand that we’re no longer associated with protecting —

RUSH: Well, I understand all this, but look. Why has the Republican Party brand suffered? I know many of you don’t accept the idea that it’s been permanently damaged. And I’m not suggesting that it has. But with Millennials, for example, you say the word “Republican,” and exactly how I just described, they associate. They prefer socialism. They don’t associate freedom with conservatism. And that’s what we are all about.

They don’t associate freedom of markets, freedom of speech, they don’t associate. They associate all that with Democrats. It’s cockeyed. But why has this happened? Well, there are many answers to that. It’s happened because Republican Party had a bunch of people that have been afraid to be Republicans, or, more properly stated, afraid to be conservatives. But it’s also happened because there’s been a multidecade attack operation against it by the media, which is the Democrat Party.

So whatever you rename or rebrand the Republican Party, they’re just gonna start in anew. In fact, they probably wouldn’t even acknowledge your new name. They’d just call it the Republican Party and a bunch of people that don’t have the guts to say they’re Republicans trying to hide from you who they really are because they know you hate them. I can hear it all now.