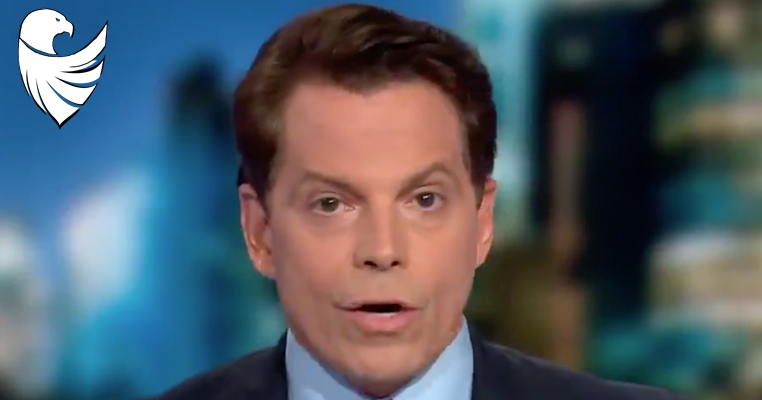 The turmoil stemmed from Scaramucci’s harsh words towards Trump’s recent visit to shooting victims of the highly-politicized El Paso shooting, which Scaramucci declared to be “a catastrophe for him, the administration, and it’s also a bad reflection on the country.”

Trump wasted no time in firing back, taking to social media to lambast Scaramucci, discussing his firing from the White House after just 11 days, and said the former coms director was “totally incapable of handling” the job.

The president continued his scathing review of his former employee’s newfound desire to vocally critique the Trump administration, stating Scaramucci “would do anything to come back in.”

“Recently, [Trump] has said things that divide the country in a way that is unacceptable,” replied Scaramucci, warning Trump’s supporters, “Eventually he turns on everyone, and soon it will be you and then the entire country.”

In the week that followed, the two have continued to trade barbs as Scaramucci launched into a busy schedule chocked full of media interviews, in which he sharply denounced both Trump and his administration.

As Scaramucci’s media tour rolled on, the former Trump affiliate did not hold back on his former boss, who he called a “demagogue” who demands “blind loyalty” from those in his orbit, eventually predicting Trump will “drop out” of the 2020 presidential race.

For nearly 7 days, Scaramucci has increased his anti-Trump rhetoric in a screed of social media ramblings and press interviews, during which he has accused the president of being a “bully” while calling for his removal from office.

While Scaramucci called for a “reset” of the Republican Party, he has apparently engaged in talks with prominent anti-Trump Republicans such as Bill Kristol, who confirmed the two have discussed replacing Trump as a 2020 candidate.

Fmr. WH Comms. Director @Scaramucci on his break with Trump, whom he calls "a proven demagogue."

"This guy's obviously not normal… he's using the presidency to bully his fellow citizens," he says.https://t.co/LSnD20Vvdz pic.twitter.com/qwMh3dnjM0

.@realDonaldTrump isn’t a fan of anyone willing to tell him the truth. The emperor has no clothes. https://t.co/KpAE66mSNJ

While Scaramucci appeared to enjoy lukewarm adulation from various media personalities and pundits as he railed against Trump, he saw his next opportunity come as Trump mocked an alleged protester at a rally for being overweight.

“That guy’s got a serious weight problem,” exclaimed Trump. “Go home, start exercising! Get him out of here, please!”

As with all things Trump-related, the incident garnered the immediate attention of the mainstream media, and took a surprising twist when it turned out that the “protester” in question was actually a Trump supporter, who bore no hard feelings.

Escalating the conflict, Scaramucci quickly chimed in, mocking Trump for being “the fattest President since William Howard Taft.”

On Friday, Scaramucci’s account was temporarily suspended by the social media giant, which confirmed the decision was made “for violating our abusive behavior policy.”

In response, the former White House communications director said “I think it is related to ‘fat-shaming’ President Trump.”

“I should have said he is the largest proportioned President since William Howard Taft, my bad,” Scaramucci sarcastically quipped, later returning to social media after his nearly 8-hour suspension was lifted.

. @Scaramucci says Twitter has temporarily suspended his account. “I think it is related to ‘fat shaming’ President Trump,” the president’s former communications director says. “I should have said he is the largest proportioned President since William Howard Taft. My bad.” pic.twitter.com/0nnH9rtjxg

I’m back from @Twitter jail. What’d I miss? @jonathanvswan pic.twitter.com/fhUfZDhHJc