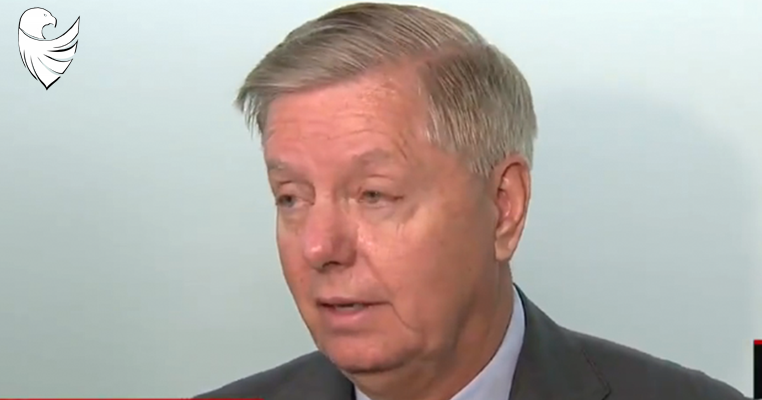 “From my point of view, to impeach any president over a phone call like this would be insane,

…From quid pro quo aspect, there’s nothing there.”

Sen. Graham: “to impeach any president over a phone call like this would be insane”https://t.co/pBdQzqhVGx pic.twitter.com/wbS9JKVsUl

Newsmax reports Sen. Lindsey Graham R-S.C., said impeaching any president over a phone call like the one President Donald Trump had with the Ukrainian leader “would be insane.”

Graham made his remarks to reporters on Wednesday after the release of a memo of a call between Trump and Volodymyr Zelenskiy. Graham’s talk with reporters was shown by CNN.

“So, for my point of view, to impeach any president over a phone call like this would be insane” he said.

And he added: “I hope we will look into the corruption problem in the Ukraine.”

Graham noted former Vice President Joe Biden is a good friend, but questions persist about whether he shut down an investigation.

“So. here’s the point: When Vice President Biden called for the (Ukrainian) prosecutor to be fired and we will cut off all aid, there is a conflict of interest if, in fact, your son is on a board of a company being investigated,” he said.