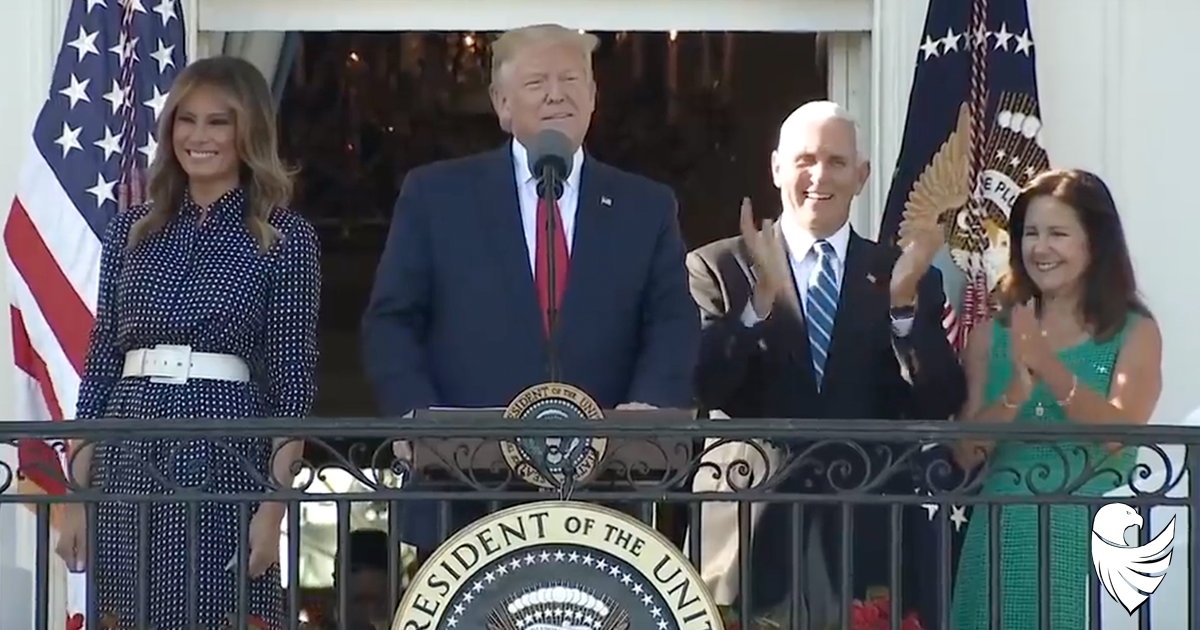 According to new reports, the US Stock Market continues to surge, now putting it on pace to set a record for what could be the best June numbers since 1938, with both the Dow Jones and the S&P 500 posting record numbers.

The news bodes well for President Trump heading into the 2020 election, as he will certainly look to use his strong economic performance as a campaign pillar to seek re-election.

“Good day in the Stock Market,” the president said on social media last week. “People have no idea the tremendous potential our Country has for GROWTH – and many other things!”

The stock market continued to smash economists’ expectations in recent weeks; posting what will likely be the best June on record since 1938.

“Driving the recent rally is a collection of factors which have one common denominator: They all involve some wishful thinking. One is the prospect of a trade deal between the U.S. and China at the G20,” adds the website.

“Stock Market is on track to have the best June in over 50 years! Thank you Mr. President!” posted the President on social media over the weekend, before the numbers were revised up.

The United States stock market approached its al-time high Tuesday; with investors and industry insiders saying it could smash previous records at any moment.

“The next big test for the stock market will be whether the major indexes can break through all-time highs, just a short distance away,” reports CNBC. “Stocks have rallied on expectations that the Fed should be cutting interest rates in the near future, and that President Donald Trump would stand down from his threat to put tariffs on Mexico, as he did on Friday. The Dow Jones Industrial Average and S&P 500 are both up more about 5% in June. The Dow is up for six-straight days and futures pointed to another big gain Tuesday.”

“Good day in the Stock Market. People have no idea the tremendous potential our Country has for GROWTH – and many other things!” posted the President earlier Tuesday.

The stock market surge comes just days after President Trump announced a last-minute deal with Mexico on immigration; suspending a potential 5% tariff on all Mexican-produced goods.

“I am pleased to inform you that The United States of America has reached a signed agreement with Mexico. The Tariffs scheduled to be implemented by the U.S. on Monday, against Mexico, are hereby indefinitely suspended,” said Trump last Friday. “Mexico, in turn, has agreed to take strong measures to….stem the tide of Migration through Mexico, and to our Southern Border. This is being done to greatly reduce, or eliminate, Illegal Immigration coming from Mexico and into the United States. Details of the agreement will be released shortly by the State Department. Thank you!”