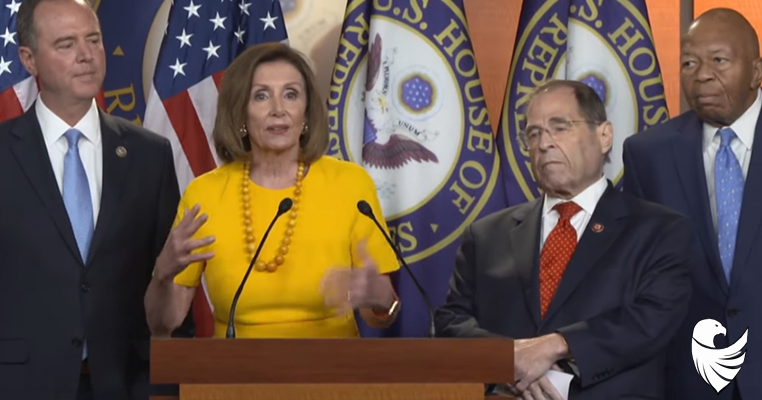 In a series of ten tweets, Conservative columnist Kimberly Strassel breaks down her view of the newly released transcript of Trump’s call with Ukraine President Volodymyr Zelensky.

1) Having read DOJ’s Trump-Ukraine release, here’s the real story: This is another internal attempt to take out a president, on the basis of another non-smoking-gun.

2)As to call transcript itself: Trump’s actual “favor” is that Ukraine look backward, to what happened in the 2016 election. This is a legitimate ask, since election meddling looks to have come from both Russia and Ukraine.

3)(Indeed, this is a big enough issue that we find out this morning that U.S. Attorney John Durham is looking at what role the Ukraine played in the FBI investigation.)

4)It is actually Zelensky who brings up Rudy Giuliani—saying they can’t wait to “meet him.” And it is Zelensky who references “that investigation,” as he goes on to promise that “all investigations will be done openly and candidly.”

5)Trump says “good” and expresses worries that a “good” prosecutor was “shut down.” Mentions “Biden’s son” and that Biden bragged he “stopped the prosecution.” Ends that bit with “It sounds horrible to me.”

6)Trump’s several references to Giuliani are mostly to say what a great guy he is. He says he will have Giuliani and AG Barr call. He asks Zelensky to speak/work with both.

7)And, never mind, because: DOJ in statement says the President has not spoken to AG about investigating Biden and has not asked the AG to contact the Ukraine. Also, Barr has not communicated with Ukraine—“on this or any subject.”

8)Meanwhile, the IG back in August referred this to DOJ as potential violation of campaign finance law, based on whistleblower complaint. Criminal Division evaluated and determined no violation: “All relevant components of the Department agreed with this legal conclusion.”

9) Whistleblower? Look at this nugget, referenced in the OLC opinion. The IG’s review found “some indicia of an arguable political bias on the part of the Complainant in favor of a rival political candidate.”

10)Media got all this so wrong. And Democrats look all the more partisan and radical to have moved toward impeachment. 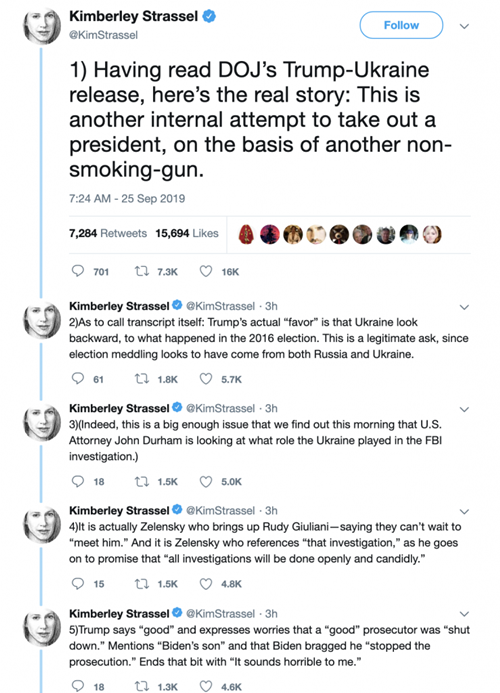 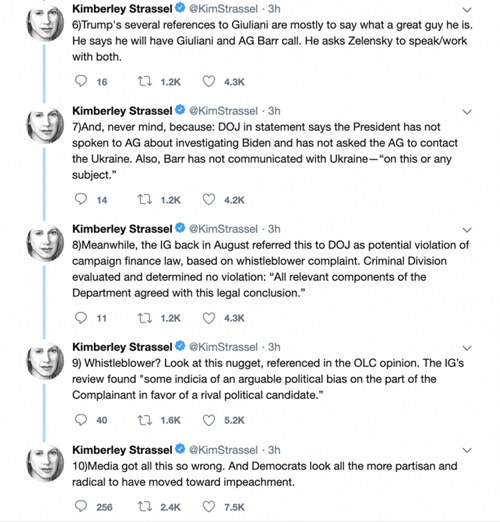