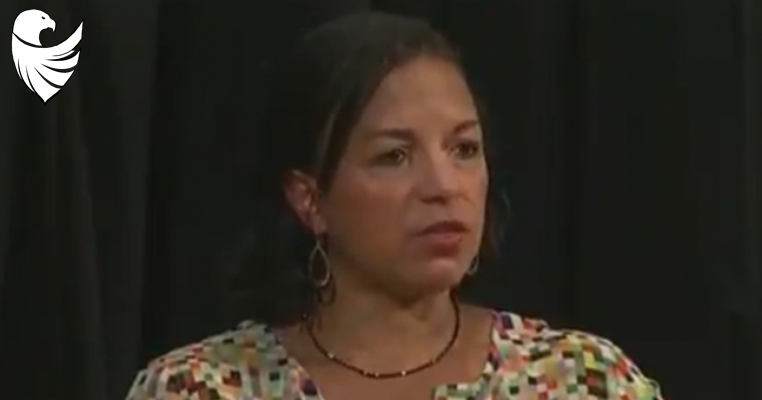 Appearing at the Texas Tribune Festival, Rice was asked how often this practice was engaged in during the Obama administration, but did not answer that question, saying instead, “We never moved them over unless they were legitimately, in the contents classified.” Rice did not explain what standard the Obama administration used to determine what was legitimately classified. She said it is rare, although not impossible, that a presidential conversation could be classified to that highest level.

The revelation from Rice comes amid media reports and comments from political leaders that have painted the use of this top secret server as proof that Trump was trying to cover up the contents of his conversation with the Ukrainian leader, a full transcript of which the administration has now released to the public.

While Rice admitted that the Obama administration also used this server to protect sensitive presidential phone calls, she left open the question of whether the Trump administration used the server in this particular case to save the president from damaging, perhaps even impeachable, comments he made to Zelensky regarding investigations into political rival Joe Biden.

Fox News reports Susan Rice, who was one of President Obama‘s closest advisers during his time in office, blasted President Trump on Friday night for storing details about his July 25 call with Ukraine’s President Volodymyr Zelensky in a separate, highly secured computer system.

Rice, who was a guest at the Texas Tribune Festival in Austin, addressed whistleblower allegations that the Trump administration worked to “lock down” these records to presumably hide his interaction with Zelensky where he dangled about $400 million in military aid to get Kiev to investigate the Bidens relationship to the country.

TALEV: “How often did you guys move over conversations on that kind of a server?”
RICE: “We never moved over unless they were legitimately in their contents classified.” https://t.co/7PJioc8NU7

Both Trump and Zelensky denied the allegations. Trump insisted that the conversation was “perfect” and he was just making sure the country was making good on its promise to weed out corruption.

Obama’s former national security adviser said the “normal system” that holds information on similar calls is protected and classified. She said there was “no classified substance” in the Trump phone call and yet the administration “hid it on a very highly sensitive, highly compartmentalized server that very few people in the U.S. government have access to in order to bury it.”

She was asked by the moderator if the Obama administration ever kept calls on a separate server. She responded by saying only if “they were legitimately in their contents classified.”

“It’s rare that a presidential conversation would be classified to that highest level,” she said. “It’s not impossible. It’s very rare. Even when they are two leaders discussing classified information. Here’s a case where there was nothing classified and it was moved to the most secure, sensitive server.”

The Wall Street Journal reported on Saturday that the Trump administration—after sensing problematic leaks early in his presidency—worked to protect presidential phone calls. Politicians on both sides of the aisle understand the importance of a sitting president’s ability to engage with a foreign leader in a conversation that would not face public scrutiny.

← Sen. Graham: “to impeach any president over a phone call like this would be insane” ← Trump “I want Schiff questioned at the highest level for Fraud & Treason”