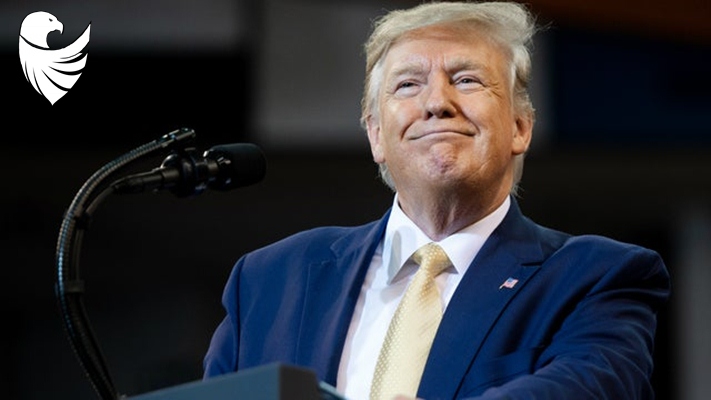 Despite being accused of many wrongdoings during his time both running for and subsequently holding office, the president’s core fans still regard him as trustworthy. There are two principle reasons. First, despite his numerous false or misleading statements (over 13,000 at the latest count), he has not violated his core principles. He campaigned as someone who would ban Muslims from certain countries entering the U.S.; he said he would build a wall along the southern border, would cut taxes, and free America from international climate-change agreements. Whether or not these were admirable undertakings is beside the point. The fact is that he delivered, or at least tried to deliver, on all these key promises. He even declared a National Emergency in an attempt to do so.

Second, the President is remarkably adept at signaling his endorsement of the group norms and values that his supporters hold dear. Research shows how leaders who do this earn themselves ‘group credits’ that can be cashed in to cover their occasional malfeasances. So, if Trump supporters learn that he has lied or supplied false information, their support and intention-to-vote remains unaffected. They know what he stands for — and what he stands for is what they believe in.

What confounds the issue further is the fact that when a high-profile official is seen engaging in morally reprehensible activities, we would expect the public’s perceptions of their trustworthiness to plummet. But with Trump the opposite often occurs. He has actually been able to shift the dial on what is deemed acceptable behavior and maintain a perception of trustworthiness, at least amongst his supporters. A PRRI/Brookings poll found that white Evangelicals in the U.S. — a strong Trump supporting demographic and a group most likely to believe that society should place a strong value on moral character — have substantially shifted their views on this issue. In 2011, 70 percent of white evangelicals believed that elected officials who commit immoral acts in their personal life should not be trusted to behave ethically and fulfil their duties in their public and professional life. Just five years later, just as Trump was about to be voted into office, this figure had fallen to just under 30 percent. It seems that the importance voters place on personal integrity is elastic and can be stretched according to the nature and popularity of the candidate.

The impeachment inquiry will therefore likely do nothing to damage Trump’s reputation — at least among his supporters. It will come as no surprise to those on either side of the political spectrum that the president is willing to get his hands dirty in order to win the 2020 election. They learned this three years ago. But a failed impeachment attempt may ostensibly give credence to the ‘witch-hunt’ narrative that the White House is now so used to employing in response to the president’s critics. It has been said that there is no such thing as bad publicity. While this is unlikely to be true for most people, it does seem to be the case for President Trump. Toppling Trump requires Democrats to go to the people, not the Senate.

BY STEPHEN MARTIN AND JOSEPH MARKS