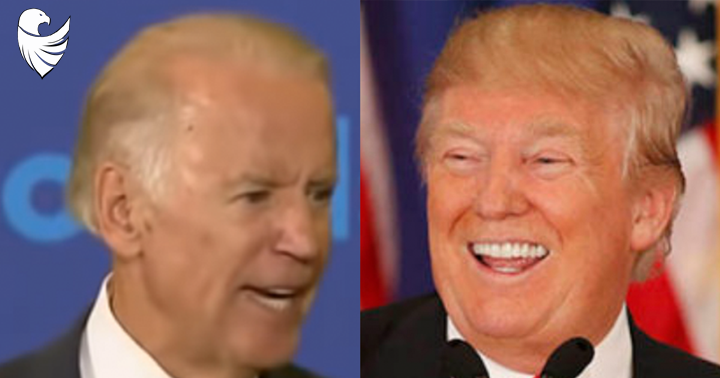 The Trump campaign announced positive news while Biden’s campaign is reeling in a downward spiral.

Per FoxNews, the Trump campaign announced Tuesday that its re-election operation raised a whopping $105 million in the second quarter, a figure that blows past what the Democratic candidates have been pulling in.

As for their war chest, the campaign reported it had $100 million in cash on hand.

President Trump raised a large chunk of that — $24.8 million — in the 24 hours after his 2020 re-election campaign launch last month. The figures revealed Tuesday indicate fundraising has been steady throughout the quarter.

“Our massive fundraising success is a testament to the overwhelming support for President Trump,” Trump campaign manager Brad Parscale said in a statement Tuesday. “No Democrat candidate can match this level of enthusiasm or President Trump’s outstanding record of results.”

The figures cover money raised through a joint effort involving the Republican National Committee, and joint-fundraising committees Trump Victory and Trump MAGAC (Make America Great Again Committee). The Trump campaign and his committees brought in $54 million in the second quarter, with the RNC bringing in $51 million.

Meanwhile, things are not looking good for Joe Biden, who only recently was thought of as Trump’s near inevitable opponent.

Biden has fallen into a virtual tie with Kamala Harris after a dismal debate performance and several subsequent flubs.

The latest Quinnipiac University poll of Democratic and Democratic-leaning voters showed Biden with 22 percent support and Harris with 20 percent — a double-digit jump for her since the university’s previous poll last month.

Sens. Elizabeth Warren of Massachusetts and Bernie Sanders of Vermont were in third and fourth place in the poll, with 14 percent and 13 percent, respectively. Mayor Pete Buttigieg of South Bend, Indiana, was in fifth, with 4 percent support.

The prediction betting markets of PredictIt look even worse for Biden, with Harris now the clear betting frontrunner.