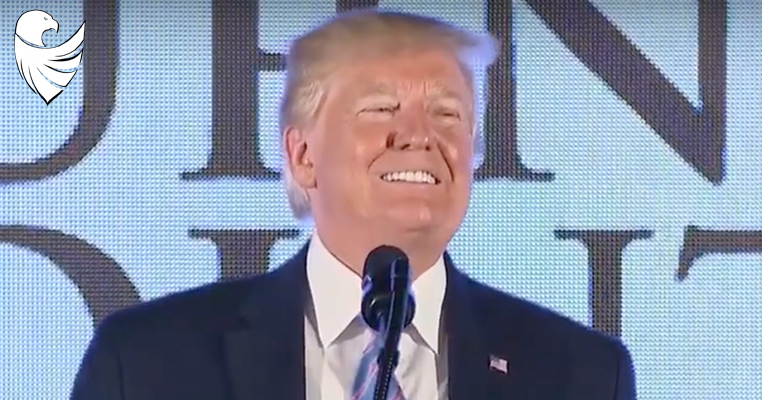 DailyCaller reports President Donald Trump’s campaign is set to spring for a giant anti-socialism banner along with a plane to fly it over Houston, just before Thursday night’s Democratic debate.

The banner and flight will reportedly cost around $7,500 and it will fly from 2 p.m. until 6 p.m., just an hour before the start of the debate.

The banner will read, “Socialism Will Kill Houston’s Economy” above a plea to “Vote Trump 2020,” according to a rendition provided to ABC News by the Trump campaign.

“Every single Democrat candidate has job killing, economy crushing policies that won’t work for America. Team Trump is here to remind them and let everyone in Houston know what a complete disaster Democrats are for America,” deputy communications director Erin Perrine told the network in a Wednesday statement.

Trump and Republicans have made a practice of pointing out Democrats’ socialistic policy positions, and evidence suggests it could be an effective tactic. While 50 percent of Americans view socialism in a negative light, only 18 percent of all Americans say they view socialism positively, according to a Wall Street Journal poll conducted in May.

Brilliant marketing strategy!
The Trump campaign’s banner will fly over Houston at site of Democrats’ debate from 2:00 – 6:00 & will read, “Socialism Will Kill Houston’s Economy” above a plea to “Vote Trump 2020.”#TWGRP#Trump2020#KAG! 🇺🇸🇺🇸 https://t.co/gVpjH4KoYL

← Melania versus the Vapers ← From vaping to opioids: Trump redefines health care for 2020 run