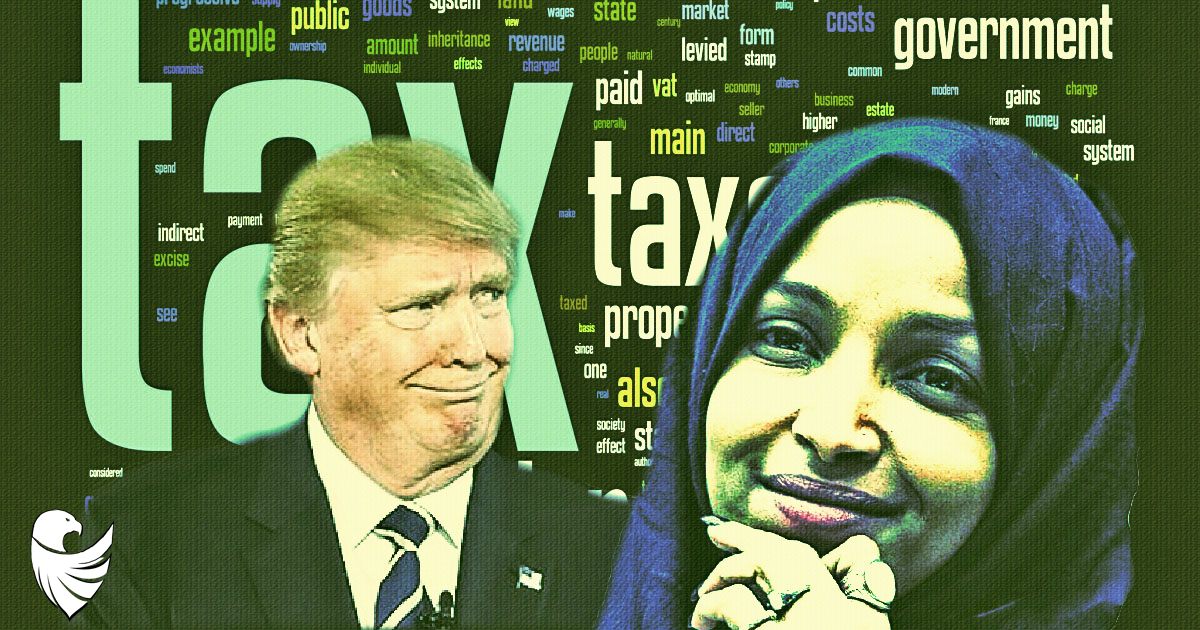 It has now been confirmed that Omar broke federal and state tax law by falsely filing as married to a man she was not married to at the time.

In fact, it would be YEARS until she married the man she filed jointly with.

However, Omar will likely receive little punishment over this other than a minor fine.

Express News reported that Minnesota campaign finance officials said last week that U.S. Rep. Ilhan Omar misused campaign funds in violation of state rules. They also revealed that she had filed joint tax returns with her husband years before they were legally married and at a time when she was married to another man.

The revelation put the freshman representative under more scrutiny from critics who have taken issue with her marital past. One tax expert said that if there is no criminal intent and the issue has been corrected, she’s unlikely to face any criminal consequences.

Some questions and answers about the tax issue:

Q: What did Omar do wrong?

A: The Minnesota Campaign Finance and Public Disclosure Board said Thursday that Omar and her husband, Ahmed Abdisalan Hirsi, filed joint tax returns for 2014 and 2015 — before they were actually married and while Omar was legally wed to another man. While some states allow for joint filing for “common law” marriages, Minnesota does not, and filing joint tax returns with someone who is not your legal spouse is against both federal and state law.

Q: How did this become public?

A: Last year, a Republican state representative accused Omar of misusing campaign funds, alleging among other things that she used $2,250 in campaign money to pay a lawyer for her divorce proceedings. The campaign finance board investigated and found she didn’t use the funds to pay for a divorce lawyer as alleged, but other irregularities were found. The board’s final report said “there was an issue with her tax returns that needed to be corrected” and that some campaign funds went to an accounting firm.

State officials ruled last week that Omar must repay her campaign committee nearly $3,500, including $1,500 for payments made to the accounting firm for services related to joint tax returns for 2014 and 2015. Omar must also pay a $500 penalty to the state.

However, Ilhan Omar continues to demand President Trump’s tax returns, and mistakenly claims it’s “the law” that we see them.

Imagine if we were able to see Trump’s most recent tax returns — as required by law.

“I had zero borrowings from the estate,” Donald Trump told me back in 2004. “I give you my word.”

That wasn’t true, of course.

As Trump’s tax returns show, he was kept afloat for years by his father’s money. And he still managed to mess up things. https://www.bloomberg.com/opinion/articles/2018-10-03/trump-even-inherited-his-father-s-self-made-myth …

17.3K people are talking about this

The Minnesota Campaign Finance and Public Disclosure Board last week ordered Omar to repay her state House campaign committee nearly $3,500 in funds used in violation of law, as well as pay to the state a $500 civil penalty.

But the report issued by the board also revealed that Omar and her current husband Ahmed Hirsi filed joint tax returns in 2014 and 2015, while Omar was still legally married to another man, Ahmed Nur Said Elmi.

The revelation has become a topic of media interest and is likely to become a point of criticism for conservatives who have raised questions about Omar’s past, including some who have floated conspiracy theories about the Minnesota Democrat’s marital history.

Omar and Hirsi first became engaged in 2002. They never legally married, but had two children together before separating in 2008. She married Elmi in 2009 and she said the two obtained divorce in their Muslim faith tradition — albeit not a legal one — in 2011.

Omar and Hirsi reconciled after that and had a third child together in 2012. She filed to divorce Elmi in 2017, and legally married Hirsi in 2018.

At issue were her joint tax filings with Hirsi in 2014 and 2015, which were filed when she was still married to Elmi.

Part of the $3,500 that Omar was ordered by campaign finance officials to repay includes a $1,500 payment to an accounting firm for services related to the joint tax filings, according to the board’s report. Most of the misused funds relate to travel costs.

While filing a joint tax return where no legal marriage exists violates both federal and state law, there are no signs that the discrepancy is being treated as a criminal matter. The Minnesota Campaign Finance and Public Disclosure Board never referred the tax case to county prosecutors and the IRS rarely treats such cases as criminal matters.

Omar has agreed to repay the campaign money, as well as pay the $500 penalty. In a statement to The Associated Press, her campaign said that “all of Rep. Omar’s tax filings are fully compliant with all applicable tax law.”