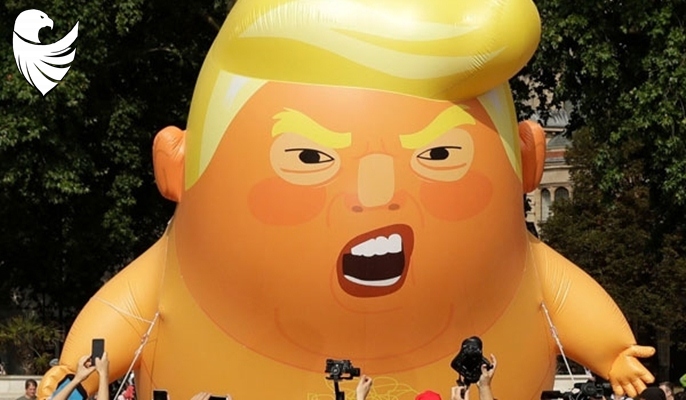 TEHRAN (FNA)- US President Donald Trump reacted to the last mocking note from London Mayor Sadiq Khan in a series of Tweets, saying that he should tackle the knife crime in his country rather than following his activities.

“The incompetent Mayor of London, Sadiq Khan, was bothered that I played a very fast round of golf yesterday. Many Pols exercise for hours, or travel for weeks. Me, I run through one of my courses (very inexpensive). President [Barack] Obama would fly to Hawaii,” Trump stated, RIA Novosti reported.

“Kahn should focus on ‘knife crime’, which is totally out of control in London. People are afraid to even walk the streets. He is a terrible mayor who should stay out of our business!” he noted.

Trump’s fiery comments come after Khan ridiculed him taking time to golf while Hurricane Dorian was wreaking havoc in several US states.

The two politicians have been engaged in a long-running feud concerning their ideological positions which has unfolded since 2017 and hasn’t faded with time.

Recently, Khan questioned Trump’s position on climate change and blamed him for being part of the right-wing resurgence, while Trump responded by questioning the London mayor’s job results.

In June, Khan wrote in an editorial for The Guardian that Trump was one of the most “egregious examples” of the growing threat of rising nationalism and that it was “un-British to be rolling out the red carpet” for a US president who was “seen as a figurehead of this global far-right movement”.

During his visit to the UK, Trump slammed Khan for doing a “terrible job” while in office, branding him as a “stone-cold loser who should focus on crime in London” instead of criticising him.

The United Kingdom has been suffering from a surge of violent crime over the past several years, reaching especially alarming rates in London and other major cities. Frequent knife attacks have been of particular concern with Khan often being called out over the worrisome crime rates in the capital.