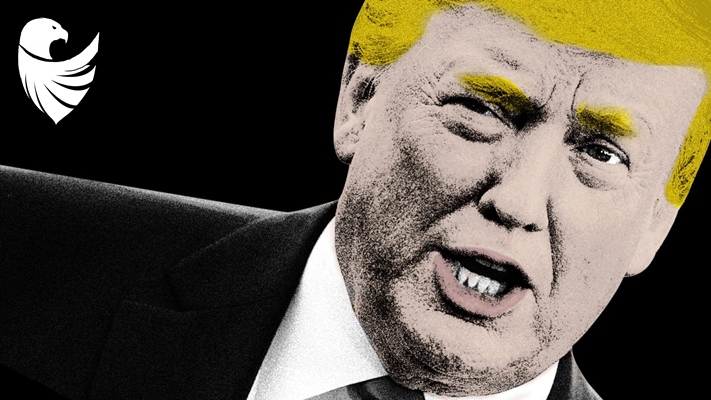 As he campaigns for re-election, Donald Trump and his team have made trashing the “socialists or communists” in the 2020 Democratic presidential field a cornerstone of their messaging. In private, however, the president often strikes a different, more nuanced tone—one driven by a concern that socialism (at least as defined by the Democrats) may actually sell politically.

This year, Trump has repeatedly told friends and donors that running against “socialism” in a general election may not be “so easy” because of its populist draw, according to four Republicans and sources close to Trump who’ve heard him say this over the past several months.

According to a person who was in the room, Trump told donors at a recent private event that though “a lot of people think it’ll be easy to beat [in 2020],” the “truth is, it might not be so easy.” The president, according to the source, said that “you can have someone who loves Trump, but many people love free stuff, too.” He added that if candidates tell Americans, especially young voters—that they’re going to cancel their debt, “that’s a tough one” to run against.

“I have discussed the popularity of the democratic socialists’ message, i.e. Sanders and [Elizabeth] Warren, with President Trump on more than one occasion and in person,” said Eric Bolling, a BlazeTV host and friend of the Trump family. “Specifically the idea of excusing debt and giving away, [as Trump says], ‘free stuff’ becoming more and more popular among younger voters.”

Bolling said Trump had made these comments to him as recently as mid-2019. “I feel it was more an observation than a re-election concern [of the president’s],” he recalled. “I feel the discussion was more of a tamping-down of expectations than any serious concern about winning re-election in 2020. It’s politics. Just look to Joe Biden who recently suggested Iowa isn’t a must-win state.”

Trump’s private concessions don’t reflect the message he and his party organs have typically pushed in public. Over the last year, the president, his campaign, the Republican National Committee, and a host of other prominent GOP campaign groups have sought to paint much, if not all, of the Democratic field as “socialist.” It’s a playbook they’ve used many times before, including against President Barack Obama. But it is widely believed to have more resonance now, with more progressive candidates—including Sen. Bernie Sanders (I-VT), the self-identifying democratic-socialist— running in the Democratic primary. The attack line is so central to the GOP playbook that Trump even used it in his 2019 State of the Union address.

“Here, in the United States, we are alarmed by new calls to adopt socialism in our country,” Trump said. “America was founded on liberty and independence—not government coercion, domination, and control…Tonight, we renew our resolve that America will never be a socialist country.”

That Trump’s private views about the political efficacy of socialism don’t reflect his public utterances reflects, to some degree, his own unconventional approach to elected politics. The president ran in 2016 as a Republican, but with unorthodox views, having pledged repeatedly not to cut entitlement programs and to use the levers of the government to go after individual companies or industries that he deemed hostile to the U.S. economy or workforce.

Since entering office, he’s often governed along these lines, targeting companies that outsource jobs and subsidizing farmers who have been hurt by his trade war with China. The pattern was strong enough that Sanders took to the Wall Street Journal (a bastion of conservative economics) to pen a column

saying Trump was “the Worst Kind of Socialist.”

That Trump has been conceding that socialism could be politically potent didn’t catch Sanders’ campaign by surprise.

“One of the reasons I feel so strongly about Bernie’s ability to beat Trump is because we know that the Democratic nominee will have to credibly explain that Trump betrayed the working class with false promises and that he does not put forward real solutions to help struggling people,” said Faiz Shakir, Sanders’ 2020 campaign manager. “Bernie can and will do that successfully. We’ll have a national debate about policies that help the one percent versus policies that lift the 99. I get the sense Trump knows the reckoning is coming and is worried about being exposed as a fraud. No Sharpie edits will save him.”

For Sanders to get to the point of having a national debate with Trump over the merits of socialism, he must first survive the Democratic primary. But even if he doesn’t make it through that gauntlet, the Senator will have managed to move the contours of the debate. Four years ago, Sanders and his team were warning liberals that they shouldn’t underestimate Trump’s appeal, precisely because it spoke to the desire for voters to have government side with them over the elites.