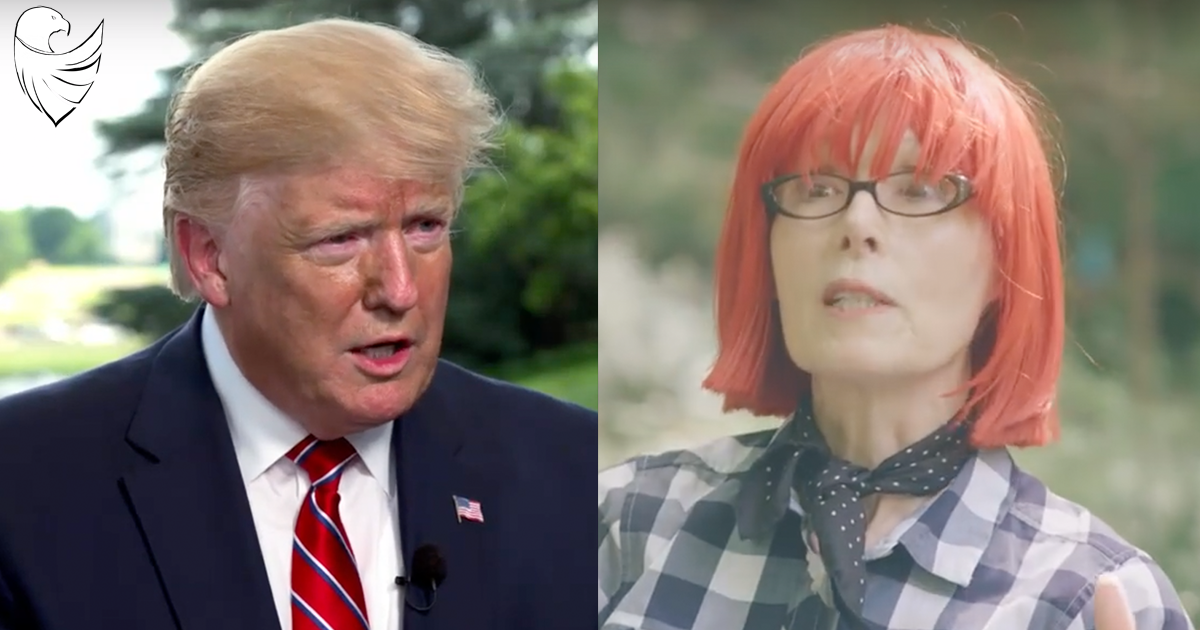 On Friday, President Trump issued a statement responding to columnist E. Jean Carroll’s claims of having been sexually assaulted by him in the 1990s – allegations Trump vehemently denied.

Carroll’s allegations were made as she touts her new anti-man book, titled “What Do We Need Men For?” in which she claims to have been the victim of as many as 25 different “sexual assaults,” with an account published by New York Magazine.

Trump denied ever having met Carroll, who he accused of trying to sell her book, “Shame on those who make up false stories of assault to try to get publicity for themselves, or sell a book, or carry out a political agenda.” 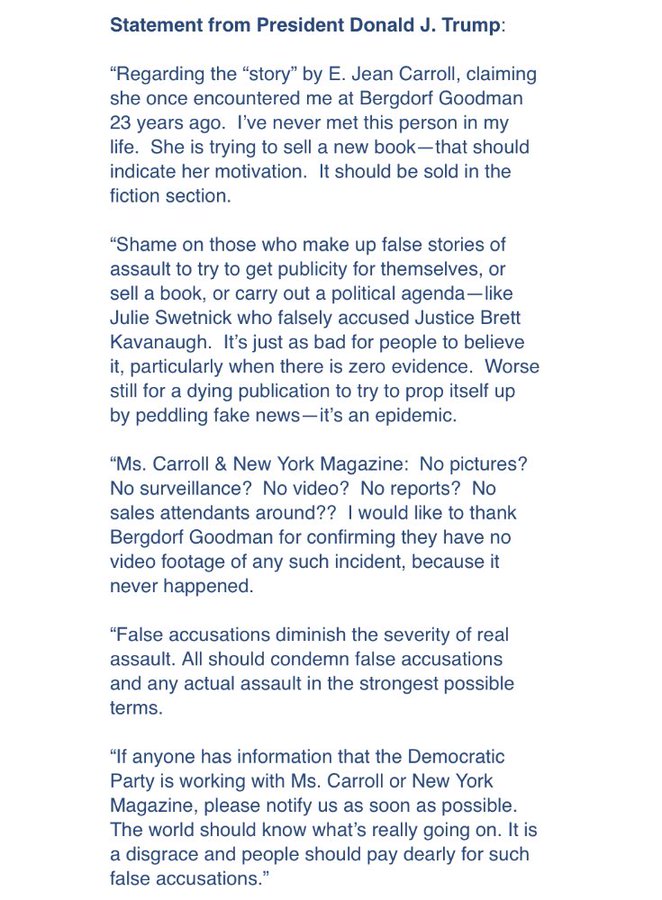 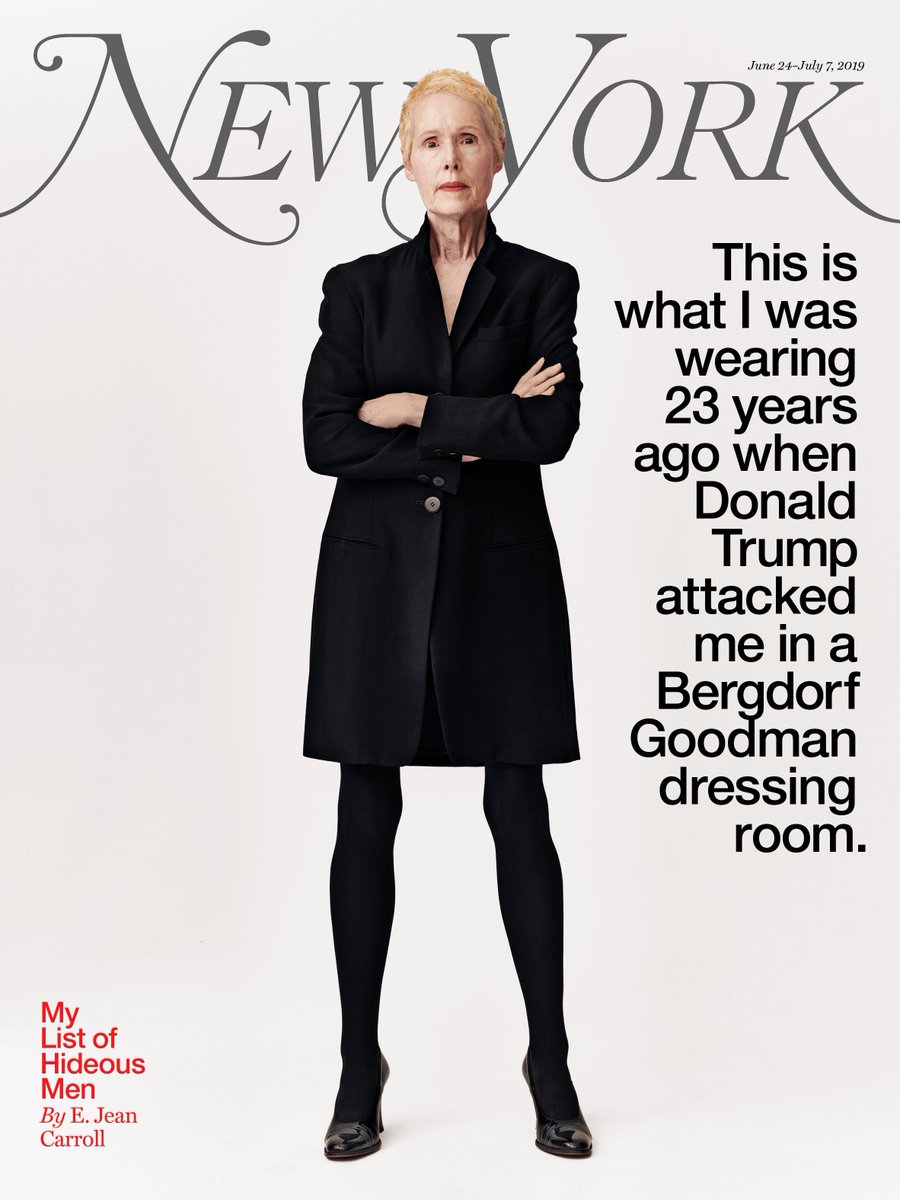 1,279 people are talking about this

Social media commenters from all backgrounds generally agreed that Carroll’s allegations were despicable, and many speculated as to the possible motives behind the new claims against Trump.

Didn’t this Dem playbook not work during the last election? Hell didn’t even work against Kavanaugh.

I’m not a trump fan, but this is ridiculous.

what took so long? why not share this 3 or 4 years ago?

Is she a real person?? She should call Avenatti….

She didn’t come out with the others in the 1st election or any day since he won?

One day after he decided not to declare war. How convenient this timing.