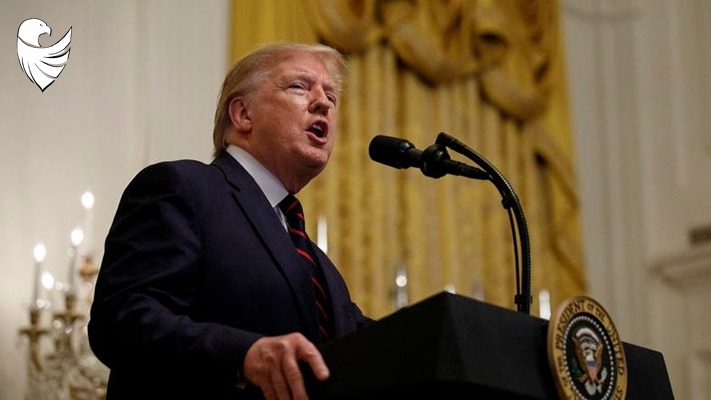 President Donald Trump, the target of an impeachment investigation over alleged abuse of power, warned supporters Saturday that “our country is at stake like never before.”

The video message posted on Twitter underscores the pressure on the White House as Democratic lawmakers charge aggressively into their investigation over accusations that Trump tried to arm-twist the Ukrainian president into providing dirt on one of his main 2020 election rivals, Joe Biden.

“We can never let this happen,” he said. “Because our country is at stake like never before. It’s all very simple. They’re trying to stop me because I’m fighting for you – and I’ll never let that happen.”

They are trying to stop ME, because I am fighting for YOU! pic.twitter.com/xiw4jtjkNl

In subsequent tweets, Trump repeated his charges that the impeachment investigation is a “Witch Hunt,” and said Democratic lawmaker Adam Schiff, who is leading the impeachment probe, had defamed and libeled him, and should resign from Congress.

Congressional committees carrying out the impeachment inquiry have ordered Secretary of State Mike Pompeo to turn over Ukraine-related documents and will conduct interviews starting next week with five State Department officials.

They include former ambassador to Ukraine Marie Yovanovitch, whom Trump reportedly forced out earlier this year for resisting his efforts to pressure Kiev to probe Biden.