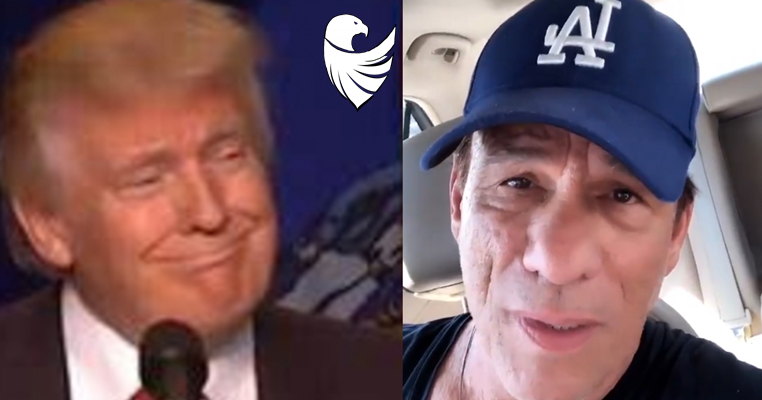 The tweet has been quite viral with over 8,000 likes and nearly 5k “people talking about this.”

REALLY – what a pile of DUNG

My rant against the subversion of the left it ENRAGES ME – the absolute HYPOCRISY- @ShepNewsTeam REALLY – what a pile of DUNG pic.twitter.com/o3rqzfT9cX

“My dear fellow Americans. I’m not a legal mind. I don’t even know if I should be weighing in on this but I must weigh in as a common sense America. The frustration that I’m hearing now. Listening to Shepard Smith and the continued bashing he about the president and these people that he says were in the doj or in the justice department or whatever for 29 years or 30, bureaucrats, administrators that are corrupt.

Some are corrupt some very corrupt. The Communist party has infiltrated the United States government since the 20s 30s 40s 50s 60s. A lot of the bureaucrats are communists are socialists want to see a different kind of America. So make no mistake about that. Donald Trump The Outsider comes to our government and is exposing the hypocrisy and the corruption the naked corruption the deals that were made with different countries with China with the WTO.

They’re leaving a trail of bread crumbs in the forest. The problem is it leads to themselves. Every step of the way they’re trying to destroy this presidency. Is he the most perfect human being on Earth? None of us are.”