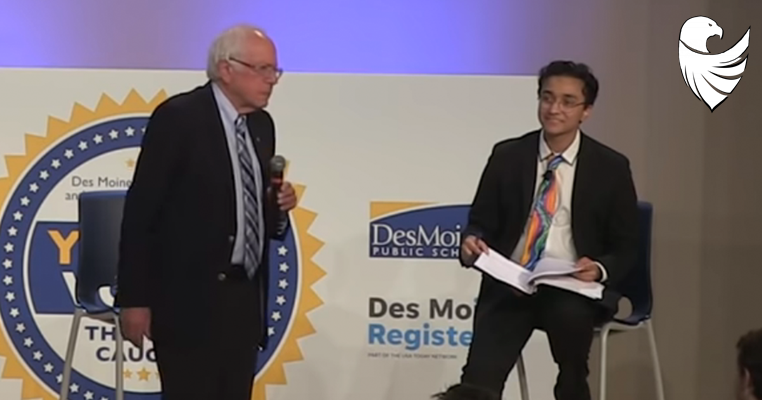 There is not a lot that Bernie and President Trump agree on, but forced into a corner during a Q&A session, Bernie admitted he admires the color of Trump’s hair.

Bernie said he’s also impressed President Trump is able to get up at 3am to tweet.

While speaking at a youth forum at Drake University in Des Moines, Iowa, on Sunday, the 2020 presidential candidate was asked by a student, in the interest of smoothing political divisiveness, to name one “genuine thing” that he admires about the president.

Miming being punched in the gut, Sanders was not exactly enthusiastic about answering the question. “His hair, I’m really impressed by the color of his hair,” he quipped at first.

He continued by telling the student he probably wouldn’t be too happy with his actual answer.

Sanders acknowledged his respect for several of his Republican colleagues in the Senate, explaining it’s not odd for them to sit down to lunch together, and that they don’t “hate each other” ― despite holding differing views.

However, he decried Trump as a racist, sexist, homophobe, xenophobe and religious bigot, saying that he would do anything he could to tackle that type of behavior.

He was greeted by a round of applause, but the moderator pressed him to name just one “single thing” that he could say that he admires.