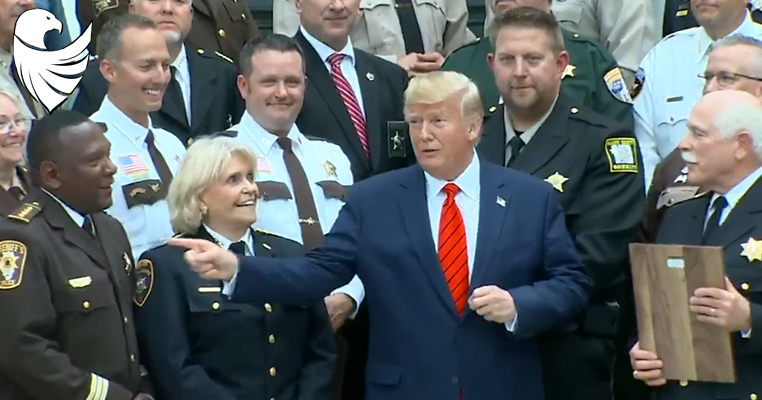 On a controversy filled day, President Trump received strong support from a group of law enforcement officers at the White House.

“We got your back, Mr. President!”

Yahoo reports Sheriffs standing on staircases at the rear of the White House broke into cheers and applause when they saw Trump leave the Oval Office and walk up the driveway toward them. They shouted “We’ve got your back, Mr. President” and “Amen” and chanted “U-S-A, U-S-A.”

The sheriffs met privately with Trump before presenting him with an award in front of the news media. They were in Washington to lobby Congress to act on border security and immigration policy.

Trump is facing possible impeachment by the House after a whistleblower alleged he used his office to “solicit interference from a foreign country” in next year’s U.S. presidential election.