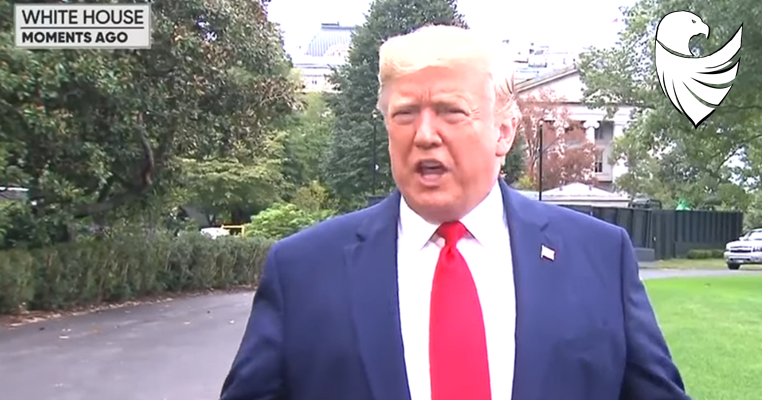 Per CBS, as he departed for Florida Thursday, the president said Chinese and Ukrainian leaders should open investigations into Joe Biden and his son, Hunter Biden, “because nobody has any doubt that they weren’t crooked,” though he offered no evidence.

He also derided House Intelligence Committee Chairman Adam Schiff, who is one of the Democrats leading the impeachment inquiry against Mr. Trump.

“China should start an investigation into the Bidens,” Trump said in remarks to reporters outside the White House. Trump said he hadn’t directly asked Chinese President Xi Jinping to investigate Biden and his son Hunter but said it’s ‘‘certainly something we could start thinking about.”

Trump and personal lawyer Rudy Giuliani have also tried to raise suspicions about Hunter Biden’s business dealings in China, leaning on the writings of conservative author Peter Schweizer. But there is no evidence that the former vice president benefited financially from his son’s business relationships.