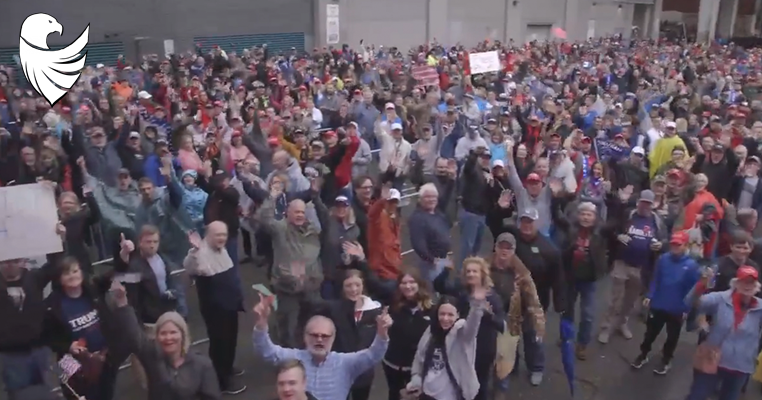 Moments ago, President Trump tweeted a video of a massive crowd waiting for him in Minnesota.

Per BizPacReview, after the Trump campaign threatened to sue a Minneapolis arena for charging $530,000 to cover security costs for an Oct. 10 Trump rally, the venue backed off.

So everything is proceeding as normal, according to Trump campaign manager Brad Parscale.

“The arena in Minneapolis has been fully approved,” Parscale wrote in a statement. “The Target Center has backed off canceling the contract, which means President Trump’s Keep America Great rally will go on as scheduled.”

Parscale added: “Consistent with our original agreement with the venue, the Trump campaign has not agreed to pay any additional funds.”

President Trump’s campaign threatened the lawsuit because the city initially charged it 26 times the amount it had billed Barack Obama for a rally in 2009. At the time, the city charged Obama $20,000 for security.