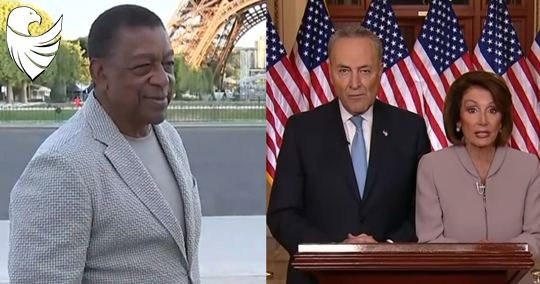 While BET Founder Bob Johnson supported Hillary Clinton in 2016, he has since praised President Trump’s economic policy and has now moved to undecided for 2020.

In an interview with CNBC, Johnson gives Trump an “A+” on the economy and says Democrats have “moved too far left.”

America’s political establishment is riven with partisanship that has become “very wicked and very mean,” said entrepreneur and media mogul Robert Johnson, who added that the Democratic Party has become too liberal for his liking.

“The party in my opinion, for me personally, has moved too far to the left,” Johnson, the founder of cable network BET and RLJ Companies business network, told CNBC’s Hadley Gamble Tuesday.

“And for that reason, I don’t have a particular candidate (I’m supporting) in the party at this time,” he said. “I think at the end of the day, if a Democrat is going to beat Trump, then that person, he or she, will have to move to the center and you can’t wait too long to do that.”

Johnson described himself as a long-time centrist and Democrat. He publicly supported Hillary Clinton in the 2016 presidential election. However, he has since expressed admiration for some of Donald Trump’s policies, particularly those related to the economy.

“I think the economy is doing great, and it’s reaching populations that heretofore had very bad problems in terms of jobs and employments and the opportunities that come with employment … so African-American unemployment is at its lowest level, ” Johnson said

Johnson became the country’s first African-American billionaire after selling Black Entertainment Television in 2001, according to Forbes.

“I give the president a lot of credit for moving the economy in a positive direction that’s benefiting a large amount of Americans,” he said. “I think the tax cuts clearly helped stimulate the economy. I think business people have more confidence in the way the economy is going.”

Despite the U.S. dispute with China over trade, Johnson said that “overall, if you look at the U.S. economy … you got to give the president an A+ for that.”