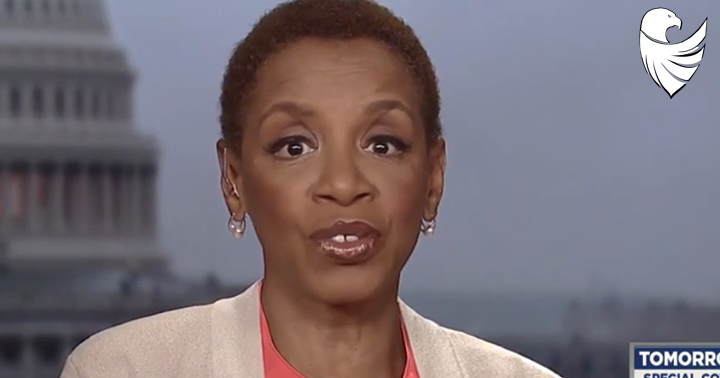 In the ultimate ironic statement, a former Democrat lawmaker attacked the trustworthiness of conservative media on MSNBC.

Then right after, she spread a totally debunked fake news story that Fox News would not cover the Mueller testimony.

Host Stephanie Ruhle cued a clip of a Donald Trump supporter after a town hall held by Republican-turned-independent congressman Justin Amash. “I was surprised to hear there was anything negative in the Mueller Report at all about President Trump,” the woman said. “I hadn’t heard that before, and I mainly listen to conservative news.”

“It’s not surprising to me that given that woman and others’ limited knowledge coming from conservative media, she comes up with that conclusion,” Edwards responded, “And it’s notable, I think, that tomorrow Fox News, for example, is not airing the Mueller testimony at all.”

“Actually, I don’t believe that’s true. I think they are going to air it,” Ruhle cut in.

Edwards fell for a viral rumor started by MSNBC contributor Joyce Vance, who tweeted Sunday “Fox isn’t showing Mueller’s testimony Wednesday. Trump is afraid of what will happen if his base gets to hear Mueller’s testimony for themselves.” After being corrected by others, Vance deleted her original tweet and insisted it was meant “ironically.”

Y’all, a kind friend pointed out my goofy sense of humor doesn’t always translate onto Twitter. I know most of you get the irony by now. It will be interesting to see Fox’s coverage in light of Trump’s statement he won’t be watching the hearing. https://www.google.com/amp/s/www.politico.com/amp/story/2019/07/19/trump-mueller-testimony-1423924 …

“At some point they have to stop playing games,” Trump said.

I’ve deleted an earlier tweet I intended ironically, but that some took as factual regarding Fox news coverage of Mueller’s testimony. My apologies to anyone I confused. I don’t like to delete tweets but that seems a better course than unintentionally misinforming people.

597 people are talking about this

← BREAKING: BOTH Omar and Tlaib Threatened to DEPORT People They Disagreed With! ← Trump’s Chance of Winning in 2020 Hits New High in Prediction Market