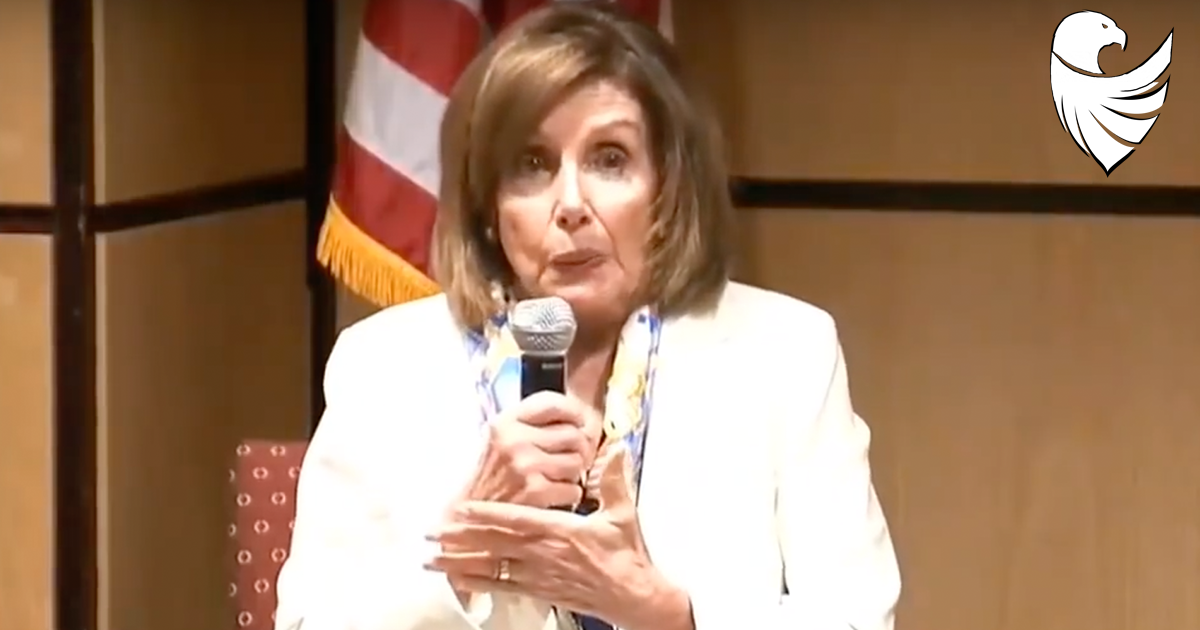 Speaking on Monday, House Speaker Nancy Pelosi speculated as to what “the point” of enforcing interior immigration laws – remarks coming as the debate over deporting illegal aliens rages on.

“When I saw that the president was going to have these raids, it was so appalling, it’s outside the circle of civilized human behavior to just be kicking down doors, splitting up families, and the rest of that,” said Pelosi in regards to planned immigration raids.

Pelosi continued on to ask, “in terms of interior enforce, what is the purpose? What is the point?”

Pelosi has clearly “evolved” with the times.

In 2013, Pelosi (D-CA) Urged The House To Support A Bill That Upheld The “Basic Principle” Of “Secur[ing] Our Borders.”

“The bipartisan taskforce of seven has been hard at work on legislation that echoes the spirit of the Senate bill and upholds our basic principles: to secure our borders, protect our workers, unite families, and offer an earned pathway to citizenship.” (Press Release, “Pelosi: Senate Action Moves Us One Step Closer To Comprehensive Immigration Reform,” Democratic Leader Nancy Pelosi , 6/27/13)

And let’s not forget that per GOP.com, in 2006, then Senator Obama Said “Better Fences And Better Security Along Our Borders” Would “Help Stem Some Of The Tide Of Illegal Immigration In This Country.”