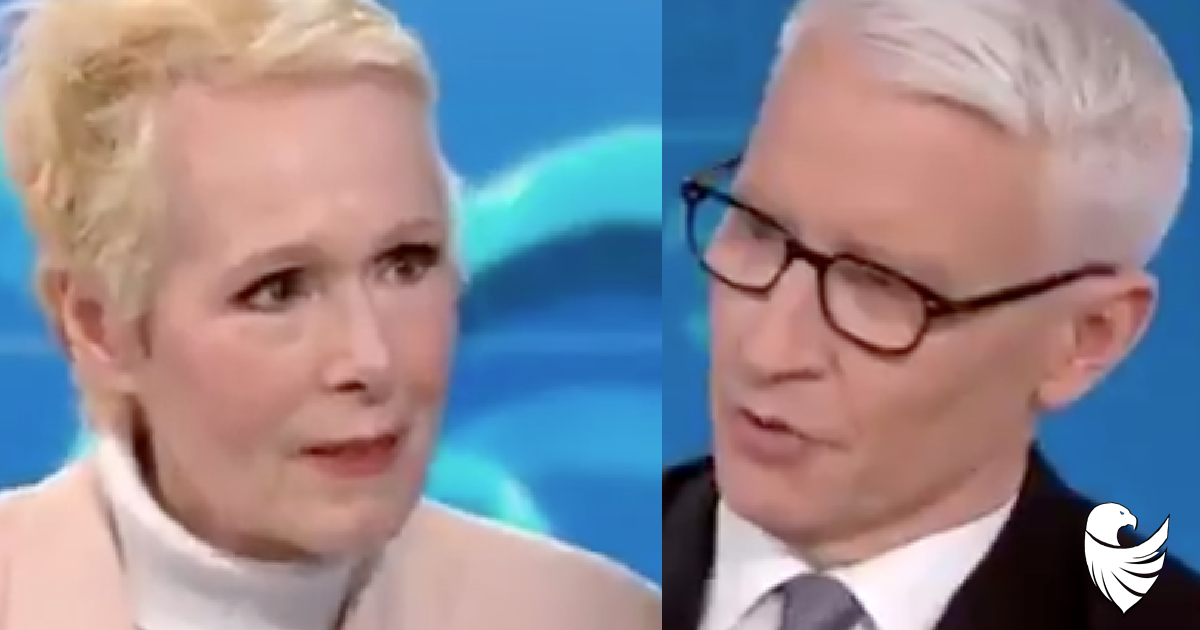 The “Elle Magazine” columnist who is accusing President Trump of raping her 23-years ago in a public department store, appeared on CNN with Anderson Cooper in a bizarre interview, that left Cooper speechless.

President Trump responded to the baseless accusations. New York Times reported that on Monday Trump again denied assaulting a columnist for Elle magazine in the dressing room of a high-end clothing store more than 20 years ago, countering her explosive accusation by asserting that he would not have assaulted her because “she’s not my type.”

Mr. Trump said that E. Jean Carroll, who wrote for years for Elle magazine, was “lying” when she said that he threw her up against a wall and forced himself on her in the mid-1990s, and he insisted that he did not know her.

“I’ll say it with great respect,” he said in an interview with The Hill, a Capitol Hill news organization. “No. 1, she’s not my type. No. 2, it never happened. It never happened, O.K.?”

But it was Ms. Carroll’s very awkward appearance on CNN that has everyone talking.

Fox News reported that E. Jean Carroll, the writer who accused President Trump of sexually assaulting her in the mid-1990s, raised eyebrows when she said in an interview that most people consider rape “sexy.”

The longtime advice columnist for Elle Magazine appeared on CNN Monday to detail the allegations from 23 years ago in a dressing room. She said the incident wasn’t “sexual” and likened it to a “fight.

“I was not thrown on the ground and ravaged. The word rape carries so many sexual connotations. This was not sexual. It just hurt,” she said.

Anderson Cooper, the CNN host, asked Carroll about her refusal to use word rape and pointed out that most people describe rape as a violent assault.

“I think most people think of rape as being sexy. Think of the fantasies,” Carroll replied. The interview was interrupted by a commercial break. 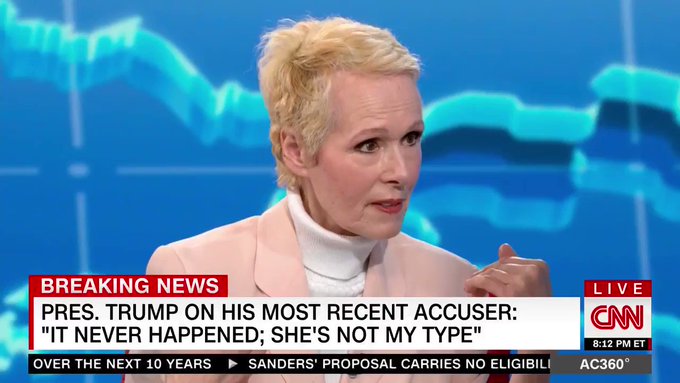 “ I think most people think of rape as being sexy…” – E. Jean Carroll to Anderson Cooper