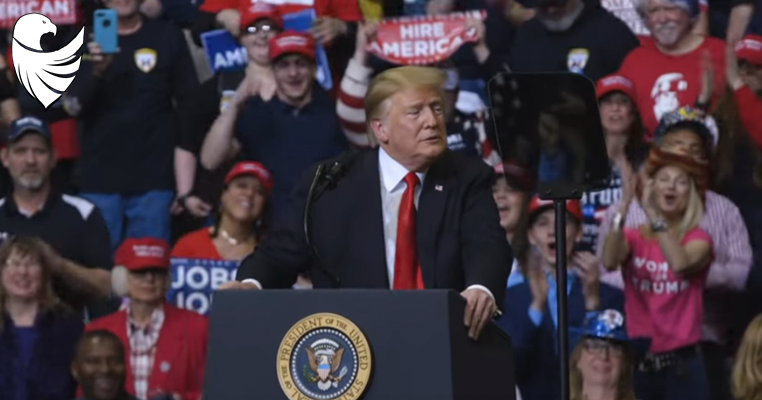 I spent an evening this week driving through a series of small towns in Michigan and Ohio while visiting my daughter at Hillsdale College in rural Michigan.

While having dinner, what appeared to be a drug-addled gentleman walked by our table, and my daughter whispered to me that these towns are struggling badly with opioid addiction.

This is not surprising.  While the towns have plenty of charm, all of them are struggling economically due to the absence of industry.  Driving through gutted out main streets, it is easy to imagine how these towns bustled in years past.  It is hard not to be left with a sense of anger and sorrow.

Even as Democrats failed Americans living in the inner-city areas, politicians from both parties failed the people in these rural towns, viewing them as collateral damage in their globalization crusade.

Candidate and then president Donald Trump spoke to the problem ravaging small towns across America, particularly in the rust belt.  Instead of telling these Americans that they needed to accept their sad lot in life, he fought for them as he sought to bring industry back.  He is having some real success.  Even this week, the president was able to point to Navistar, Apple, Hyundai Motor Group, and Aptiv as having plans to bring jobs back to America.  He joked that he was the chosen one, but the truth is that he was likely the only politician who understood the economic piracy enough to face down China.

If the corrupt tornado in the blue pantsuit had deemed to touch down in these Michigan towns in 2016, she would have seen how foolish her message was here.  The residents of these towns are not irredeemable deplorables, but patriotic Americans who had been hammered by globalization, even as the political and cultural elites got rich.

Ironically, for all that he is called corrupt and the establishment tries to remove him, Trump may be the single least corrupt politician we have had at the helm in a long time as he fights for Americans instead of selling out their futures to foreign powers.

The president said, “If you want freedom, hold on to your sovereignty, and if you want peace, love your nation.  The future does not belong to globalists.  The future belongs to patriots[.] … Globalism exerted a religious pull over past leaders, causing them to ignore their own national interests. Those days are over.”

None of the Americans in these communities is being offered $50,000 a month to cash in on his parents’ influence.  About the only thing some of them have in common with Hunter Biden is the challenge of overcoming drug addiction.

It’s within this context that the routine influence-peddling that people like Joe Biden do without a second thought is so reprehensible.  Biden provided favorable policies toward countries like China that benefited the Chinese, who rewarded his son and other supporters, while Americans in places like these towns in Michigan and Ohio paid the price.  It’s not rocket science.  It’s simple influence-peddling, and it is corrupt.

While driving through these towns, I was reminded of the district set-up in The Hunger Games.  While elites in places like Washington, D.C., New York and Los Angeles grow rich off globalism, these other communities struggle for their existence.  Globalism is a modern-day version of Marie Antoinette’s “Let them eat cake.”

It’s hard to imagine that swanky Elizabeth Warren, with her false American Indian heritage and socialist war chants, will do any better in these areas.  The idea of telling these Americans to check their privilege is so ludicrous that perhaps Warren should follow Tornado’s example and stay out of these states.  She has promised to adopt policies on her first day in office that will devastate these communities in the interest of her false global climate jihad.

No doubt, she will try to run up the score in university towns and inner cities, but it is hard to imagine her message resonating and driving turnout in the urban areas.

President Trump’s message putting Americans first was long overdue.  It is a simple concept, but it is well on its way to realigning the Republican Party.  American politicians should fight for all Americans and not for citizens of other nations.  It is so simple that it is hard to imagine that every politician does not seek to do it.  They should, but they don’t.  It took Trump to bring this message back to America, and the globalists from both parties despise him for it.

As I drove through these Michigan towns, I also considered the wretched Democrat media-Congress establishment, represented in the smug visage of Adam Schiff, and its singular focus on overturning an election and nullifying the votes of the people living here.

The problem for the Democrats is that Trump has a simple but effective message they cannot counter.  Their bumper sticker would read, “He’s for you, but we’re for someone else, so vote for us.”  That’s a tough sell, even when falsely accusing the other guy of being a white supremacist.

← VIDEO: Trump Admin Plans to Begin DNA testing on Detained Migrants ← McDaniel “How Could Anyone Want to Impeach Trump and Reverse the Progress He’s Made?”