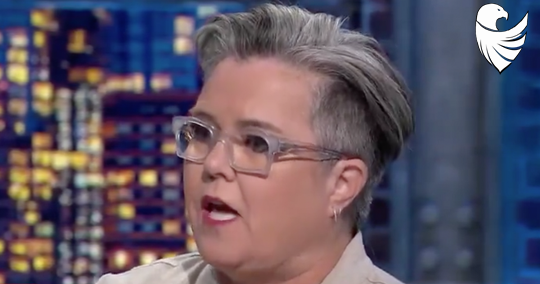 During a recent CNN interview, Rosie O’Donnell made disturbing remarks about President Trump and his family, shocking and offending viewers across the country.

“There’s a prevalent incest feel amongst Donald Trump and his children, at least his daughter,” said O’Donnell, adding, “Very creepy.

O’Donnell, known for her high-profile feud with the president, went on to call his daughter, Ivanka Trump, “a talentless, non-intelligent, non-powerful woman.”

Per PageSix, in 2017, Rosie’s daughter Chelsea accused her of nearly attacking her with a wine bottle, noting that the former “View” host had the bottle handy “because she was drinking, as she did frequently.”

“It was pretty late at night,” Chelsea told The Daily Mail in an interview released Wednesday. “A couple of weeks prior, I had gotten a tattoo. [Rosie] had spyware on my phone so she could see pretty much everything I did. She called me into her room and asked me about the tattoo. I denied it. She asked me to take off my clothes — she didn’t know where [the tattoo] was — to show her and I refused.”

.@Rosie calls the relationship between @realDonaldTrump and his kids "creepy"

“I think he’s been doing bad things with her for a very long time. There’s a creepy, incest feel that is very prevalent amongst Donald Trump and his children, at least his daughter.